Suicide Rates on Rise in U.S. 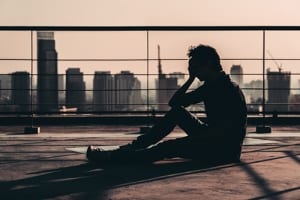 In a new report by the CDC (Centers for Disease Control and Prevention) they indicate that suicide rates are on the rise in the United States and have been increasing in number since the year 2000.

In fact, from 1999 to 2015, approximately 600,000 U.S. residents died by suicide, with 2015 being the deadliest year. Interestingly, the groups that are ranked highest are not those from the big cities, instead they are from the rural areas.  Further, the ethnic groups dealing with the increase in suicides the most is the Native Americans and those who are white.

Of note is that the report shows a steady climb with a spike around the year 2008.  In speculating why this spike occurred, one thought is that it may have been due to the pressures of the financial recession that occurred in our country at that same time.  Many individuals felt hopeless and stressed in their financial predicaments when businesses were closing their doors and the stock market plummeted.  In more detail is the fact that the rural communities suffered more in the recession due to poverty and social isolation along with less mental health treatment facilities and that may explain why the rates of suicide there are higher.

Further, since the year 2000, the CDC points out that men are 4 times more likely to commit suicide than women and the rate worsened in almost all categories assessed after 2008.

The findings of the CDC indicate that more mental health institutions need to be available in rural areas to help those struggling with suicidal thoughts.  The opioid crisis doesn’t help either along with other drug issues and the rural communities have been especially hard hit by that as well.  Finding solutions and having more preventative help in place for these ethnic groups, and in rural locations would be helpful in combating the increasing rate of suicides in the United States.