Is Carfentanil to Blame for Record High Heroin Overdoses?

In Cincinnati, a terrifying heroin overdose crisis is underway. In a city where 4 overdoses a day are typical, last Tuesday and Wednesday saw 78 overdoses and there were an estimated 174 overdose cases in local emergency rooms in less than 1 week.

Close by, New Jersey saw 29 heroin overdoses between Tuesday and Thursday in Camden on free samples of heroin marketed with a Batman stamp, in Indiana, 13 people overdosed Tuesday in Jennings County, about 60 miles north of Louisville and in Kentucky, 12 people overdosed on heroin Wednesday in Montgomery County, about 100 miles east of Louisville.

Law enforcement and medical personnel believe that the potent heroin is from the same source and they are working overtime to find the dealer. Although there is speculation that fentanyl has been mixed with the heroin, some are beginning to think the mega-potent, animal opioid, carfentanil is to blame.

Carfentanil, an analgesic for large animals including elephants, was discovered in July in the region’s heroin stream in Akron and Columbus. Unfortunately, hospitals in the region are not equipped to test blood for the animal opioid, which is rare and only in July surfaced in greater Cincinnati’s street heroin.

“The federal Drug Enforcement Administration has been on alert for carfentanil since its appearance in U.S. and at the Canadian border, said Melvin Patterson, a DEA spokesman in Washington. “Officials have little doubt that the carfentanil that’s showing up in street drugs is from overseas, just as fentanyl is manufactured and brought across the U.S. borders. It’s such a restricted drug there’s only a handful of places in the United States that can have it,” he said.

The DEA is currently working with Chinese counterparts who want to stop the illegal shipments. Patterson indicated that carfentanil has been manufactured in China, delivered to Mexico, shipped to Canada and then to Ohio. Further, there also have been reports of carfentanil shipping directly to Canada, and being intercepted by Mexican drug organizations. No matter how carfentanil is coming into the U.S., preventative measures to stop its import all together are crucial. 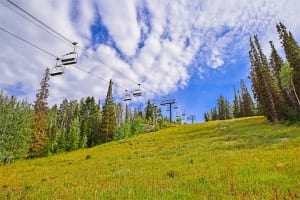 Police in Park City, Utah are making parents aware of the dangers of a new synthetic drug called U-47700, more commonly known as “pink” or “pinky” after the recent deaths of two Jr. high students. Although the police have yet to confirm that the deaths and the drug pink are related, they will say that they’ve received information over social media that indicates that it could be the case. They are awaiting toxicology reports, which could take up to 8 weeks.

School officials say that the info they received via social media indicates that the drug comes as a crushed powder in small packages. The powder can be colored pink but is not always colored pink. The reason it is called pink is because they sniff it with their pinky fingers. Pink can be easily purchased online and has not yet been deemed illegal because it is so new. Because of that, kids might not think it is even harmful or dangerous. Awareness is key—police say to check your kid’s backpacks and any other small containers or bags they carry with them. Further, police warn that parents should be wary of anything shipped to their kids from overseas – especially China.

The Utah Statewide Information and Analysis Center sent out the following warning, “The synthetic opioid (pink)… is growing in popularity with recreational drug users throughout the United States…[and] is readily available for purchase on the internet; primarily from Chinese suppliers.”