Chris’s story is so powerful. Watch this video and hear his story. Turning Point Center saved him from a life of addiction. 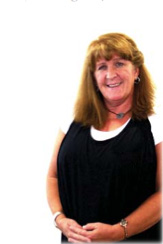 Marsha Stafford started her drinking career at the ripe old age of two. As the child of alcoholics they often gave her alcohol and thought it was funny to watch a drunk toddler. From the ages of 5 to 11, the family lived in a car at a park in Mesa, AZ, and instead of going to school, Marsha was taken to the “babysitter” every day—which was actually the town theater.

When Marsha’s mother abandoned her at a trailer park at age 13, she was taken in by a neighbor family who were, themselves, alcoholics, but at least functional. She ended up in a relationship with her foster brother, and eventually married him.

Along with the good, they went through a lot of bad times together as users, but are still married today and living a happy life together in recovery.

Marsha’s dysfunctional childhood led to an equally dysfunctional early adulthood characterized by addictions, lost opportunities, jail time, and financial disaster. But on the other side of the scale, her recovery has brought her more happiness and peace than she ever imagined possible. She wears a bracelet that says, “Expect Miracles,” and she has definitely seen a few in recent years as she has been able to recover not only from substance abuse, but also from financial ruin as well as relationship and emotional ruin. She now is a licensed private probation officer and also volunteers on a frequent basis, helping others get the help she was so freely given.

“I have a passion for life today that I didn’t know existed. I believe in miracles, in redemption, in people. You can climb mountains and overcome obstacles.” 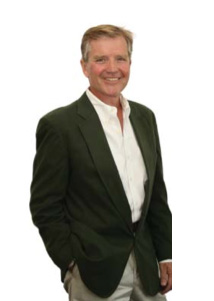 As the child of a narcotics addict, Mark Van Wagoner suffered with opiate addiction since the age of 19. While on the surface living a respectable life, his private life was crumbling and he literally faced death and prison a few times in his journey. His turn- ing point came when on the brink of losing everything—his wife, his children, his

job, and possibly his life—he heard these words in a movie: “You gotta get busy living, or get busy dying.” He chose living and started down the difficult path to recovery.

Mark is a well-known local TV and radio personality, and even though he was warned professionally to “keep quiet” about his struggle with addiction, he and his family determined that if his example could result in just one other person finding recovery, the consequences to his work and status would be justified. He has since been an outspoken advocate for intervention and recovery—living proof that addiction reaches into every stratum of society, and also living proof that people can and do recover.

Mark volunteers freely in the treatment and recovery community, and he and his wife have served a substance abuse recovery mission for their church. He is a frequent public speaker to doctors, pharmacists, legislators, and prison groups, volunteering his considerable talents to wiping out this plague. Because of his association with the media,

he has had many opportunities to speak about his recovery and his life-long challenge on television and ra- dio as well as online. His life has been blessed by recovery as he has been able to keep his family together, send his five children to college, and live a meaningful and productive life. 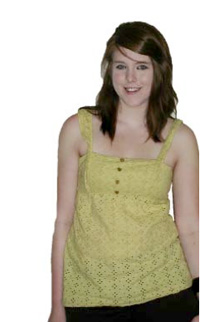 Sometimes when I look back at what I’ve been through in my life, I’m amazed that I’ve done as well as I have. Besides being sexually molested by my step-grandfather, my mother’s family totally turned on us when my sister and I told what he had been doing to us. That was hard on my parents. My dad started drinking again and my mother eventually became addicted to drugs. We lost our house, mom and dad split up, and my dad left us in a motel for nine months. We had to keep changing schools and I don’t know how things could get worse, but then my mom went to jail. But jail actually turned out to be a good thing because it helped her get sober and back on track.

Although I almost dropped out of high school, I did end up graduating with a 3.6 GPA.

“The thing that motivated me the most to stay in school and stay in control of my life was watching my mom get clean and sober and turn her life around. Now I’m doing all I can to make her proud of me.”

I’ve been getting help for my PTSD and depression, and I can honestly say things have never been better. I got a scholarship and am now attending Salt Lake Community College. I would like to become a substance abuse counselor. I’ve already had lots of

experience. I was one of the founders of a youth group called K.O.P.P.I.R. (kids of parents and people in recovery). We meet at least once a week and help each other through the tough times and we do a lot of service projects.