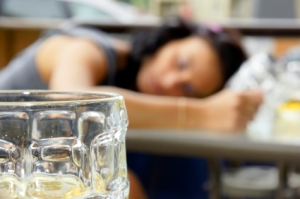 Findings reported in Alcoholism: Clinical & Experimental Research indicate that parental drinking impacts both adolescent drinking as well as adolescent’s perceptions of parenting.  They concluded that what parents do as individuals and how they behave as parents in regards to alcohol both have a huge impact on their children’s alcohol use.

In regards to how to effectively parent and drink in front of your children, drinkaware.co.uk has some useful advice.  They indicate that you shouldn’t feel like you can’t drink in front of your children.  Instead, you should set a good example by drinking in moderation and being open with them about alcohol.  Further, they say to “talk to your kids.  Be open with them. “ And, they indicate, “research shows that from a young age children learn about acceptable behavior by observing and copying their parents, so when it comes to drinking, it really is a case of leading by example.”

In other words, what kids see at home helps them think about how they’ll drink alcohol as an adult. The say, “just as children learn to walk and talk like their parents, they learn how to drink like them too. For example, there’s evidence that children whose parents drink moderately in front of them are less likely to drink to excess.”

Drinkaware.co.uk also has some great guidelines for parents to follow to show they are responsible about drinking.  You can follow these simple tips to demonstrate your own responsible attitude to drinking:

Basically, parental drinking has a direct impact upon kids.  How parents communicate with their kids and monitor themselves can determine if the outcome is positive or negative. 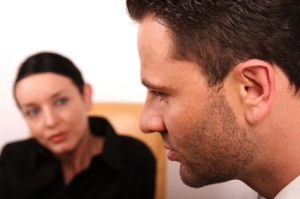 Although sobriety is often thought of being associated mainly with alcohol, it is a word used more commonly when discussing recovery from addiction. Sobriety means the moderation in or abstinence from consumption of alcoholic liquor or use of drugs. When an individual with an addiction problem enters drug rehabilitation, their main goal is to attain long-term sobriety. Drug-rehabs.org indicates that, “most often, sobriety is used to describe individuals who have achieved a certain amount of stability in their life, a good level of mental health, and are living a balanced life. “ Thus, sobriety is not just drinking or abusing drugs, it’s living successfully in recovery.

The following elements devised with information from alcoholrehab.com are vital in successful sobriety:

Sometimes drug and alcohol abusers find they are able to sustain short periods of sobriety followed by a drug or alcohol relapse. This is why attending a drug rehab program or an alcohol rehab program can help the individual maintain their focus on their sobriety. Often, it is only by getting that kind of help that individuals with severe drug and alcohol abuse/addiction problems are able to achieve long-term lasting sobriety. 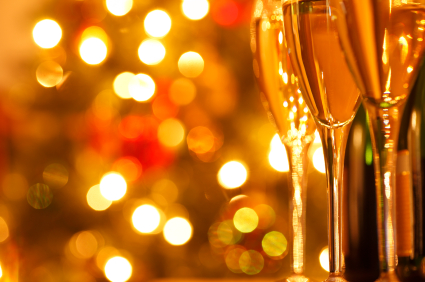 Drug abuse, Recovery, and the Holidays

Recovering from drug or alcohol abuse is difficult regardless of what time of the year it is.  However, the holiday season poses extra challenges for most people in recovery.  There is high stress often associated with preparing for parties and social gatherings, family gatherings, buying gifts, and with being busier overall than the rest of the year.  Holidays are often an emotional time for people.  When addicts are emotional, there is extra risk involved and they must be careful not to fall victim to relapse when stress and emotions occur.  Thus, holiday times can present special challenges even for addicts in long-term recovery.  It’s important to recognize and be aware of this extra stress and understand the risks associated with it in regards to recovery.

“Struggles during the holidays involving an active or recovering addict usually stem from one of two places. If the addict is active, there will likely be quite a lot of energy and subsequent stress due to hiding their substance abuse habit from their friends and family. Family gatherings can also highlight and intensify many of the underlying issues that prompted the substance abuse in the first place. The other likely scenario involves the former addict and the average family’s aversion to acknowledge their recovery. Many people are uncomfortable discussing substance abuse and what can happen to someone who is addicted and it’s much easier to just pretend like nothing’s happened at all. This can be troubling to the recovering addict who in this scenario is not getting the support they need during these trying times.” (womensdrugrehab.com)

So, what are some key points for continuing to recover from substance/alcohol abuse during the holidays?  First, preparation is key. Be aware that the holidays are stressful and accept it.  Watch for potential triggers and have strategies in place to help.  Have a plan – never try to “wing it”. Your sobriety is far too valuable. Have exit strategies in place if things become too difficult.  Holiday parties are often places where substance abuse is rampant. Womensdrugrehab.com suggests that you “Tell the hosts upon your arrival that you will only be able to stay for a short time. Have a non-alcoholic beverage in your hand at all times so no one tries to force one on you. Do your best to surround yourself with sober support during the holidays as well as there is strength in numbers and you won’t feel like the only person in attendance not engaging in substance abuse. Practice role-playing with your sober support before you enter a high risk situation to prepare yourself for uncomfortable interactions with loved ones and strangers you may face.”

Below are 5 quick tips to staying in recovery from drug/alcohol abuse during the holidays:

Even after seeking help and working in active recovery, many people with substance abuse issues have difficulties adjusting to life without the crutches of drugs and alcohol. Then factor in the holidays – which can be an especially challenging time for people in recovery. The stress and chaos associated with the holidays can increase the risk of relapse for individuals in recovery.  However, the holidays are also a great time to focus on the positive things that the process of recovery has brought into your life and the blessings you can appreciate as a result.

According to a 2009 Drug Abuse Warning Network (DAWN) study, there were 4.6 million drug-related 24-hour emergency department (ED) visits in 2009.  According to the study, “Almost 50 percent were attributed to adverse reactions to pharmaceuticals taken as prescribed, and 45 percent involved drug abuse.” What’s more alarming is the fact that from 2004 to 2009, drug-related ED visits increased 81 percent, from 2.5 million to 4.6 million visits!

The DAWN estimated that of the 2.1 million drug abuse visits—

It should also be noted that “in 2009, almost one million visits involved an illicit drug, either alone or in combination with other types of drugs.”

Finally, the 2009 DAWN study “estimated 519,650 ED visits related to the use of alcohol in combination with other drugs. Alcohol was most frequently combined with—

Did you know that underage drinking and alcohol abuse in Utah cost the state more than $357 million dollars in 2010?  It’s crazy to think about, but when you add youth injury, alcohol treatment, violence and traffic crashes, the numbers start to add up.

Here are some more statistics.  According to the same report, in 2009, students grades nine through 12 reported the following statistics:

What do we do about underage drinking in Utah?

First, parents should take an active role in their children’s lives. Know where your kids are, and what they’re doing.  Second, alcohol in the home should be locked up and secured.  Third, if an underage drinker asks you to buy alcohol for them, don’t!  Not only are you aiding an underage drinker, but it could get you one year in prison and/or a $2,500 fine.

Here is an alarming image showing drug overdose rates by state.  According to information compiled in 2008, Utah has one of the highest overdose rates in the country!

Image courtesy of the CDC.

According to the CDC, prescription drugs are generally acquired by:

There is a trend here.  A majority of people acquire prescription drugs from a friend or relative!  To help stop this epidemic, prescription drugs should be properly disposed of when treatment is completed.  If continued use of prescription medication is needed, proper care should be taken to ensure that you, or a loved one aren’t abusing.

Finally, we wanted to add this infographic on other risks associated with prescription drug abuse.

Image courtesy of the CDC.

As always, it’s never too late to seek help.  If you or someone you know is abusing prescription paid medication, we urge you to seek treatment at a certified Utah rehab center.

A lot of our recent posts have been about alcohol consumption and the holidays, and for good reason.  According to the United States Department of Transportation, from 2001 to 2005, an average of 45 people died each day during the holiday season.

Mothers Against Drunk Driving reports that drinking and driving spike during the holiday season, with alcohol being blamed for about 52 percent of fatal collisions on Christmas and 57 percent on New Year’s. The average yearly rate is 41 percent. In addition, The Centers for Disease Control and Prevention estimates that more than 25,000 people will be injured as well.

What should you do?

First, always have a designated driver.  Second, if you see friends drinking, don’t let them drive!   Yes, they might be mad at you, but it’s better to have them mad then to not have them at all.  This is also true if you have been drinking.  Call a cab or a friend.  In fact, we heard on the radio today that a Utah law firm will reimburse you up to $35 if you call a cab, instead of driving drunk.  We think it’s a small price to pay.

Third, avoid driving in the early morning or late evening during the holidays.  Yes, this one’s a stretch, but that’s when fatalities are typically the highest.  Finally, if you do see someone driving erratically, report them to the police immediately.

We hope everyone had a fun and safe holiday season, and we wish all of you a happy New Year.  Please drink responsibly, and we’ll see you next year!

It’s pretty common for many people to drink more heavily during the holiday season.  In our previous post, we discussed holiday-related depression for people recovering from drug and alcohol addiction. With this post, we want to discuss the risks associated with heavy drinking.  Our goal is to encourage people to drink responsibly, and not abuse alcohol or substances this holiday season.

In addition, a recent Behavioral Risk Factor Surveillance System survey has shown that more than half of U.S. adults drank alcohol in the past 30 days. The survey also shows that approximately 5 percent of the total population drank heavily, and 15 percent of the population had participated in binge drinking.

Finally, the most startling statistic is that from 2001 to 2005, there were approximately 79,000 deaths in the U.S. each year due to excessive alcohol use. This was the third leading lifestyle-related cause of death of U.S. adults.

Our goal with this post was not to scare people, but to encourage people to drink responsibly, and in moderation this holiday season. We at Turning Point Centers, a Utah alcohol program, also want to promote the use of designated drivers, and to wish everyone happy holidays and a happy New Year.

If you have a friend or family member suffering from alcohol addiction, confronting them about their problem can be one of the hardest things you’ll have to do.  Taking that first step can seem daunting, because you don’t want to push that person away–you want to help them.

If you don’t know where to begin, read this article from Healthfinder about how to start the conversation about alcohol addiction:

Great news today…Makin Homes, LLC announced that they ARE keeping their sober living home for men.  One of our clients went there and loved it…he said it’s a beautiful home.  What he liked most about it was how professional the staff are…he said they really hold their boundaries.  I can’t wait to go check it out.