Many know that Robin Williams struggled with addiction to alcohol and cocaine during his lifetime. He admitted to being a cocaine addict in the late 1970’s and early 1980’s when his fame grew tremendously.  However, he quit cocaine cold turkey when comedian John Belushi overdosed to death in 1982 on a combination of cocaine and heroine. After this immediate stop, he was sober for 20 years.

Williams’ struggle with alcohol was public knowledge.  He had struggled with alcoholism before Belushi’s death and iptimes.com reports that, “in 2006, he gradually became addicted to alcohol again. By his own account, it happened the moment he walked into a store and saw a bottle of Jack Daniel’s. He claimed that it was one of those times when he was having thoughts such as ‘Oh, come on, just a sip’ and then the next thing he knew, he had dove back into drinking. By his own account, he was purchasing bottle after bottle within just a week.”

Williams’ addiction will definitely not be forgotten.  Addictions like these are often wake-up calls to the public to actively seek professional help for their own addictions or that of a family member if his or her life is in danger.  There is such a strong link between alcoholism and depression that many wonder which comes first – which causes which?  According to WebMD.com, “research is currently split on the issue as to whether clinical depression leads to alcohol abuse or if alcohol abuse causes depression or both. What is known for sure is that alcohol has a very calming effect within the brain and that is why people are likely to turn to it when stressed. According to a recent study conducted by the National Institute on Alcohol Abuse and Alcoholism, nearly one-third of those who struggle with depression of some kind have a tendency to abuse alcohol. It has also been shown that children with tendencies to clinical depression are more likely to develop alcoholism in their teens.”

Robin Williams’ tragic death should serve as lesson to all that both addictions and depression are not to be taken lightly. 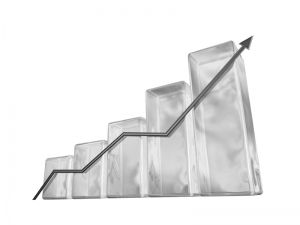 Drug abuse trends in the U.S.

According to the National Institute on Drug Abuse (drugabuse.gov), illegal drug use in America is increasing. They report that in 2012, “an estimated 23.9 million Americans aged 12 or older—or 9.2 percent of the population—had used an illicit drug or abused a psychotherapeutic medication (such as a pain reliever, stimulant, or tranquilizer) in the past month. This is up from 8.3 percent in 2002. The increase mostly reflects a recent rise in the use of marijuana, the most commonly used illicit drug.”

However, it is interesting to note that the use of other illegal drugs declined over the past decade or so. Again, referencing the info reported by the National Institute on Drug Abuse, the use of psychotherapeutic prescription drugs non-medically (without a prescription or in a manner or for a purpose not prescribed), hallucinogens (a category that includes Ecstasy and LSD), cocaine, and methamphetamine has remained steady or even declined.

Perhaps marijuana use is on the rise the most due to the fact that more than half of new illicit drug users begin with marijuana. Also of interest is that drug use is highest among people in their late teens and twenties. In 2012, 23.9 percent of 18- to 20-year-olds reported using an illicit drug in the past month although drug use is increasing among people in their fifties.  This trend is, at least in part, due to the aging of the baby boomers, whose rates of illicit drug use have historically been higher (drugabuse.gov).