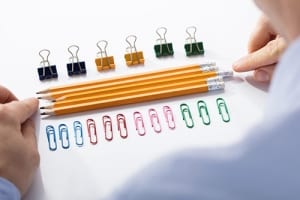 Obsessive-compulsive disorder (OCD) is often joked about in society.  Someone who like to have their hands meticulously clean, or someone who likes their spices alphabetized int eh pantry may be accused lightly of having OCD.  In fact, OCD is a mental anxiety disorder where a person has intrusive, distressing and often irrational thoughts or engages in repetitive, compulsive behaviors that literally consume their lives.

Considered by many experts to be a life long mental disorder, OCD is split into two categories: obsessions and compulsions.

Obsessions can be defined as uncontrollable, involuntary, and often disturbing or alarming thoughts, images or impulses that flood an individual’s mind. For instance, someone with OCD may not be able to shake the thought of a loved one dying in a plane crash or of their child getting lost at Disneyland. Their worst fears are played out for hours in their mind, sometimes constantly—all day.

Compulsions are more ritualistic— meaning *****, and individuals with OCD conduct these actions over and over—repeatedly. Individuals suffering from OCD might check to see make sure the front door is locked or that their curling iron is unplugged over and over again in a short period of time or all throughout the day.  They may scrub their hands until they are raw over and over—never feeling completely germ free. These individuals often feel forced to continually perform tasks over and over, with incredible attention to small details.  Often, they are unable to break free from these actions or thoughts.

Sadly, to cope with the stress of OCD, many individuals turn to drugs or alcohol.  Studies dhow that nearly 25 % of people seeking treatment for OCD also are struggling with a substance abuse disorder.

What is Mental Health?
Is my loved one developing a mental illness?
Anxiety
0 replies