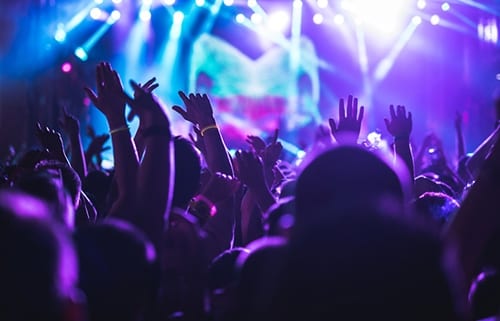 Sadly, ecstasy is one of the most popular used drugs —especially among youth —today.  In fact, it is estimated that there are 9 million ecstasy users worldwide.  Although ecstasy is illegal, the young adults and teens who most often use the drug don’t recognize just how dangerous it is. Mixed with alcohol, ecstasy becomes even more dangerous and can be deadly.

What exactly is ecstasy?  The National Institute of Drug Abuse defines ecstasy as: “a synthetic drug that alters mood and perception (awareness of surrounding objects and conditions). It is chemically similar to both stimulants and hallucinogens, producing feelings of increased energy, pleasure, emotional warmth, and distorted sensory and time perception.”

It continues: “MDMA was initially popular in the nightclub scene and at all-night dance parties (“raves”), but the drug now affects a broader range of people who more commonly call the drug Ecstasy or Molly.”

It adds: “MDMA’s effects last about 3 to 6 hours, although many users take a second dose as the effects of the first dose begin to fade. Over the course of the week following moderate use of the drug, a person may experience:”

How Ecstasy Affects the Brain

According to the NIH, MDMA increases the activity of three brain chemicals:

Adding to MDMA’s risks is that pills, capsules, or powders sold as Ecstasy and supposedly “pure” Molly may contain other drugs instead of or in addition to MDMA. Much of the Molly seized by the police contains additives such as cocaine, ketamine, methamphetamine, over-the-counter cough medicine, or synthetic cathinones (“bath salts”). These substances may be extremely dangerous if the person does not know what he or she is taking. They may also be dangerous when combined with MDMA. People who purposely or unknowingly combine such a mixture with other substances, such as marijuana and alcohol, may be putting themselves at even higher risk for harmful health effects.

There are other side effects. High doses of MDMA can affect the body’s ability to regulate temperature. This can lead to a spike in body temperature that can occasionally result in liver, kidney, or heart failure or even death.

In addition, because MDMA can promote trust and closeness, its use—especially combined with sildenafil (Viagra®)—may encourage unsafe sexual behavior. This increases people’s risk of contracting or transmitting HIV/AIDS or hepatitis.

“The NIH reports: Research hasn’t definitively answered whether MDMA is addictive, although it affects many of the same neurotransmitter systems in the brain that are targeted by other addictive drugs. Experiments have shown that animals will self-administer MDMA—an important indicator of a drug’s addictive potential—although the degree of self-administration is less than some other addictive drugs, such as cocaine.”

“Data from both humans and animals suggest that regular MDMA use produces adaptations in the serotonin and dopamine systems that are associated with substance use disorder and related behaviors, such as increased impulsivity. Few studies have attempted to assess MDMA addiction or dependency among people with a history of use in the general population. Studies that have been conducted have shown widely varying results, likely because of the different population samples and different types of measures used. Some people who use MDMA do report symptoms of addiction, including continued use despite negative physical or psychological consequences, tolerance, withdrawal, and craving.”

Still, as the NIH reports elsewhere: “Yes, you can die from MDMA use. MDMA can cause problems with the body’s ability to control temperature, especially when it is used in active, hot settings (like dance parties or concerts). On rare occasions, this can lead to a sharp rise in body temperature (known as hyperthermia), which can cause liver, kidney, or heart failure or even death.”

Additional insights come from the UK. The Guardian reports: “More people are taking ecstasy than ever before – and more people are dying from it. According to the Office for National Statistics (ONS), about one in 20 16- to 24-year-olds report having taken ecstasy in the past 12 months; the Global Drugs Survey (GDS) found an increase in use among UK clubbers of 16% between 2014 and 2016.”

The report continues: “According to figures released by the ONS towards the end of 2016, deaths linked to ecstasy or MDMA are at their highest level in a decade. In 2010, there were eight; in 2015, the count was 57. According to last year’s Global Drugs Survey, in which more than 100,000 drug users worldwide were quizzed about their habits, this is ‘the worst time to be using MDMA in a generation.'”

Video: Your Brain on MDMA

According to Eric Chudler, Ph.D. a neuroscientistand Executive Director of the Center for Sensorimotor Neural Engineering: “Data suggest that MDMA may be toxic to the brain. Dr. George Ricaurte, an associate professor of neurology at Johns Hopkins University, analyzed brain scans of people who had used ecstasy. The study included people who had used ecstasy an average of 200 times over five years. Although the behavior of these people appeared normal, brain scans showed that the drug had damaged their brains. In fact, those who used the drug more often had more brain damage than less frequent users. Moreover, memory tests of people who have taken ecstasy as compared to non-drug users have shown that the ecstasy users had lower scores.”

He continues: “Specifically, the drug damaged cells that release the neurotransmitter called serotonin. Using an imaging technique called positron emission tomography (PET), Ricaurte noted a 20-60% reduction in healthy serotonin cells in the drug users. Damage to these cells could affect a person’s abilities to remember and to learn.”

What does MDMA actually do to your brain? ASAPScience explains:

Success Story - Shanin
What is cocaine?
Extra warnings of addiction with opioid use in Utah
Veterans and Drug Abuse
Having structure in summer can lower drug abuse in teens
What is drug abuse?
Memory and Addiction
Bath Salts
0 replies

Guide to Juuling: What Parents and Teens Should Know
Scroll to top
Font Resize