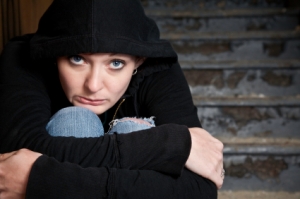 According to drugabuse.gov, many people do not understand why or how other people become addicted to drugs. Some wrongfully assume that drug abusers lack moral principles or willpower and that they could stop using drugs simply by choosing to change their behavior. In reality, drug addiction is a complex disease, and quitting takes much more than good intentions. In fact, because drugs change the brain in ways that foster compulsive drug abuse, quitting is very difficult, even for those who are ready to do so. However, through scientific advances, more is known about how drugs work in the brain than ever before, and much has been learned about how drug addiction can be successfully treated to help people stop abusing drugs and lead productive lives.

Further, drug abuse and addiction have negative consequences for individuals and for society. Estimates of the total overall costs of drug abuse in the United States, including productivity and health- and crime-related costs, exceed $600 billion annually. As shocking as that figure is, it does not fully describe the breadth of destructive public health and safety implications of drug abuse and addiction, such as family disintegration, loss of employment, failure in school, domestic violence, and child abuse. (drugabuse.gov)

Verify Insurance
What is Mental Health? What is cocaine?
Scroll to top