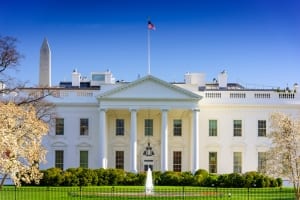 Sean Spicer, White House press secretary under new President Trump, said this week, regarding federal drug laws, “I do believe you will see greater enforcement of (illegal marijuana).” This is an interesting statement due to the fact that President Obama’s administration indicated that they would not interfere in states where nonmedical use of marijuana is allowed. In other words, the new Trump administration says they will enforce federal marijuana laws when they come into conflict with states where the recreational use of marijuana is allowed.

Although the Obama administration felt that they had bigger issues than cracking down on marijuana use in states that have legalized its use, recent studies indicate that marijuana use is linked to the widespread use of painkillers. This new evidence points to the fact that allowing use of recreational marijuana can be, and most likely is being, interpreted as pardoning the facts of the dangers of drug use.

Spicer indicated, “When you see something like the opioid addiction crisis blossoming in so many states around this country, the last thing we should be doing is encouraging people. There is still a federal law that we need to abide by when it comes to recreational marijuana and drugs of that nature.”

However, Spicer was quick to indicate that although the President does not approve of recreational marijuana use, he understands that medical marijuana can help ease suffering for patients with terminal illnesses. President Trump was quoted during his campaign as saying, “I know people that have serious problems — it really does help them.”

Marijuana Use Among Teens Rising

Rehab & Recovery Denial: I Can Do It On My Own
0 replies