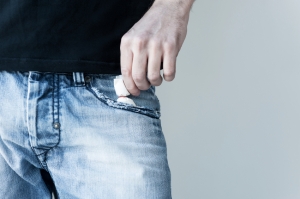 Rising use of heroin

Recently, more attention has been focused on heroin abuse in the media than before.  It seems that while the use of abusing other drugs is decreasing, the abuse of heroin is on the rise in many parts of the country.

MSNBC reported recently that, “General Eric Holder, in a video message released by the Justice Department, spoke out on heroin addiction and its rising number of deaths (recently). In the video, Holder said the number of heroin overdose deaths rose by 45% between 2006 and 2010.”

Holder indicated that, “When confronting the problem of substance abuse, it makes sense to focus attention on the most dangerous types of drugs, and right now, few substances are more lethal than prescription opiates and heroin.” Holder further indicated that, “addiction to heroin and other opiates — including certain prescription painkillers—is impacting the lives of Americans in every state, in every region, and from every background and walk of life—and all too often, with deadly results.

Also, recent studies have shown that in suburbs and affluent areas, drugs like cocaine, methamphetamine and prescription medications are losing their popularity. While this might seem like something to celebrate, statistics from the U.S. Substance Abuse and Mental Health Services Administration (SAMHSA) suggest that users of these other substances – most of which are prescription painkillers – are simply trading in their drug of choice for heroin.  In fact, according to a 2012 analysis by the administration, heroin abuse among first-time users has increased by 60 percent over the past 10 years.

Holder emphasized the government’s aggressive war on drugs and encouraged first responders to carry naloxone, a drug that can save the life of someone suffering from a heroin overdose.