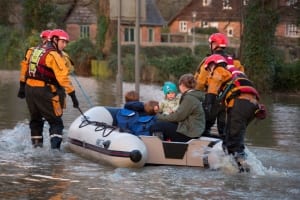 Natural disasters, such as the recent flooding in Houston, Texas, can be devastating and can lead individuals in recovery to relapse. Many people may experience serious stress during a natural disaster as well as in the aftermath which can evolve into an anxiety disorder known as post-traumatic stress disorder (PTSD). When individuals have struggled with drug or alcohol addiction, the combination of PTSD and stress is one of the most common causes for relapse. Further, experiencing PTSD due to natural disasters or otherwise, can often trigger first time drug or alcohol use or an increase in drug and alcohol use in current users.

Due to the fact that individuals who have struggled with addiction in the past may be extra sensitive to stress, they are more prone to cope with the stress of a natural disaster with drugs and/or alcohol as a coping method. Drug cravings are shown to increase with stress as well. Further, stress due to a natural disaster can cause depression, anxiety, insomnia, and even nightmares. Thus, those battling drug addiction have a much higher potential to relapse in an attempt to suppress stress or other emotional troubles associate with natural disasters.

Awareness of the possibility of relapse and the factors of fear, depression, and PTSD that can lead to a possible relapse are key in staying in healthy recovery during a natural disaster. Also, reaching out for support from loved ones who were not affected by the natural disaster can also sustain individuals dealing with recovery from drug/alcohol addiction.

Verify Insurance
The Effects of Alcohol on the Body Loneliness: A Public Health Crisis
Scroll to top