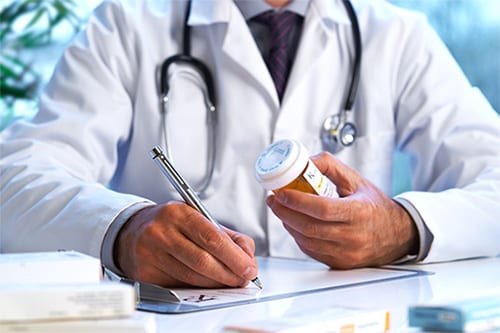 Law Enforcement Should be Allowed to Prosecute Unnecessary Prescriptions

When drug epidemic arise, society and loved ones affected by the abuse often want justice and want the dealers of the drugs prosecuted to the fullest extent. With the recent opioid heroin epidemic in the last few years, however, more and more of us are recognizing that the problem often lies with board certified physicians who are overprescribing or unnecessarily prescribing opioids and allowing their patients to develop addictions. Although many are hesitant to prosecute physicians for their crime, Alan Santos, the chief executive of Avantha Solutions Inc. and a former associate deputy assistant administrator of the U.S. Drug Administration, feels that prosecuting the small number of doctors and other practitioners who knowingly overprescribe powerful controlled substances, on a range of charges, is exactly what should be happening.

Many patients truly need opioids to deal with pain and have legitimate reasons for being prescribed these substances. However, the epidemic of prescription drug overdoses in the United States involving opioids and heroin is on the rise in a huge way according to the Centers for Disease Control. Many practitioners prescribe opioids and individuals become addicted but turn to heroin later because it is cheaper and easier to obtain. However, it should be noted that most physicians take prescribing opioids very seriously and recognize the law that a prescription for an opioid must be issued for a legitimate medical purpose.

Santos also indicated that, “opioid addiction is a disease and a public health crisis, and it needs to be treated as such. That said, as a part of the controlled substance supply chain, like manufacturers, distributors and pharmacies, doctors have legal responsibilities to ensure these powerful drugs don’t get diverted for illicit purposes.”

If there is evidence that a practitioner is involved in an individual’s overdose involving prescribing opioids, law enforcement needs to be allowed to fight and prosecute against this problem.