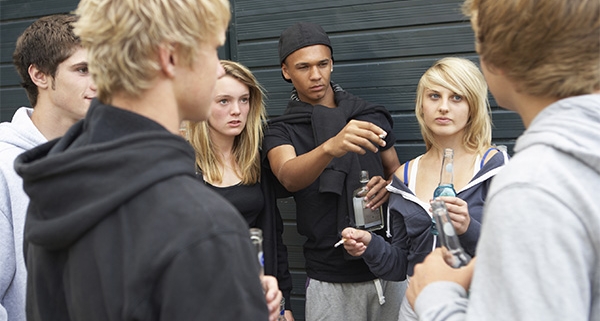 With the rise of vaping among teenagers and the concern of addiction at such a young vulnerable age, another vice has presented itself to the teenage market: juuling.

Juuling is a lot like vaping in that it’s like an e-cigarette with a pleasant odor and minimal amounts of vapor.  Fun flavors, such as fruity flavors or bubblegum flavors, are available and are especially enticing to younger individuals.  A major cause for concern, however, is the amount of nicotine the juuling devices contain and the way the substance is packaged.

For instance, among high school and college students, the use of juuling is very much on the rise.  This is due in part to the fact that students can hide the device used in the process very easily since it looks very much like a flash drive.  In fact, the device is plugged in to a USB port to charge.  So, in essence, teachers and others are struggling to identify if kids are using the products.  Further complicating the issue is that the exhaled vapor cloud is very easily hidden in a shirt sleeve.  Some campuses have banned flash drives in a effort to stop the use of the devices.

Also, the amount of nicotine in a device used for gulling is about equivalent to an entire pack of cigarettes.  With teenage brains still in the development process, the amount of nicotine inhaled creates a haven for addiction.  Most kids find they don’t even feel the effects of a single juuling session after not too long and need to do juuling more and more often. Marketers indicate they are not targeting teens, but the devices are definitely appealing to that age range.

The American Academy of Family Physicians (AAFP) issued a Fact Sheet on juuling: “JUUL works similar to other e-cigarette devices, but has several features that make it different and potentially more dangerous. Features that distinguish JUUL from other e-cigarettes include:”

Juuling and Teens: How Big is the Problem?

The U.S. Centers for Disease Control released a powerful report: Reasons for Electronic Cigarette Use Among Middle and High School Students. It helps explain how big the problem is.

The CDC further concludes that juuling is a public health concern, noting that:

What Parents Need to Know About Juuling and Teens

According to the Cleveland Clinic: “Juul is a sleek, black vaping pen that fits in the palm of your hand. Like other top-selling e-cigarettes on the market (including Vuse, Logic, Blu and MarkTen), it comes with little cartridges of “juice” that contain nicotine, fruity flavorings and other chemicals. The cartridges snap into the device, and the juice is heated up when a user inhales, creating a vapor that delivers a quick hit of nicotine — and the pleasant sensation that smoking cigarettes creates, explains pulmonologist Humberto Choi, MD.”

It continues: “But unlike other kinds of e-cigarettes, Juul and the newest class of devices are discreet enough that teenagers are using them in school bathrooms, hallways and even classrooms. They’re small and easy to hide, and the fruity smelling smoke dissipates quickly. Not only has “juuling” become so popular that it’s now a verb, but it’s even inspired a series of social media hashtags.”

More education about the dangers of vaping, smoking, and juuling needs to be presented to the teens and young people in our schools.  Hopefully this type of prevention education, along with parent and teacher awareness, can put an end to juuling among teens.

The CDC notes that further action is needed:

Verify Insurance
Guide: What is Ecstasy?