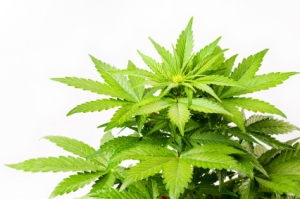 With the legalization of marijuana in some states, and many people claiming to take “legal” marijuana to help them sleep at night or for common ailments, many people are wondering about the different types of marijuana and what is safe and what isn’t.  One of the types of marijuana that is often discussed is spice. Simply put, spice is synthetic marijuana.  It is not a safe form of marijuana, although some are led to believe otherwise.  It is the second most commonly abused drug among high school students.  It is composed of several “herbal mixtures that produce experiences similar to marijuana.  Further, spice is sold under names such as K2, fake weed, Yucatan Fire, Skunk, Moon Rocks, and is often labeled “not for human consumption”.  Spice contains dried, shredded plant material as well as chemical additives that are responsible for psychoactive (mind-altering) effects. A disturbing finding is that spice is being marketed to buyers as a safe and legal alternative to marijuana.” (drugabuse.gov).

Further, drugabuse.org also reports that, “Spice products are popular among young people; of the illicit drugs most used by high-school seniors, they are second only to marijuana. (They are more popular among boys than girls (recently) nearly twice as many male 12th graders reported past-year use of synthetic marijuana as females in the same age group.) Easy access and the misperception that spice products are “natural” and therefore harmless have likely contributed to their popularity. Another selling point is that the chemicals used in spice are not easily detected in standard drug tests.”

Because spice is made synthetically and the ingredients change to allude law enforcement, the actual effects of spice are not officially understood or documented.  However, many spice abusers report confusion, vomiting, agitation, hallucinations and rapid heart rate.  Spice has also been shown to raise blood pressure and reduce blood supply to the heart.  Regular spice users also report withdrawal and addiction symptoms as well.

Because of the unknown factors of spice, the actual effects remain mysterious.  But drugabuse.gov reports that, “one public health concern is that there may be harmful heavy metal residues in Spice mixtures.”  The bottom line is that abusing spice is especially dangerous due to the many unknown factors of exact make up of each package of spice as well as the unknown effects of abusing spice.  If you are an individual looking to explore various types of marijuana and are wondering what forms are “safe”, spice is definitely one to avoid and steer clear of.

Verify Insurance
What is OCD?

Is U.S. Losing the Fight Against Drugs?
Scroll to top