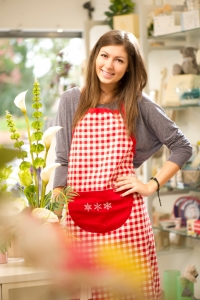 Having structure in summer can lower drug abuse in teens

Kids love to hear the last bell ring on the last day of school.  Summer break is something they look forward to the entire year; it’s an exciting time.  But, sometimes having too much free time or boredom can lead to curiosity about or experimenting with alcohol or drugs. In fact, many studies have shown that most teens begin experimenting with drugs or alcohol during the summer months. Interestingly, most teens that have reported experimentation or abuse of drugs during the summer report that it began with boredom.  Having structure in your teen’s summer down time can help to avoid these situations.

Many teens benefit from being enrolled in sports camps or other activities that keep their bodies and minds activated.  Structured family chores or a paying job can also provide meaning and purpose during summer free time.  All kids will complain about boredom at some point in their summer, but when it is excessive or there is too much idle time, it has been shown to lead to drug experimentation or abuse.

It is important to recognize the difference between drug experimentation and abuse. Drug experimentation can be defined as, “the use of a mood altering substance (drugs or alcohol) due to curiosity, and in many cases, peer pressure.” (duffycounseling.com) However, substance abuse is when an individual uses drugs and their behavior has a negative effect upon their performance in social, academic/occupational, family, or settings. Whether kids are abusing or experimenting with drugs in the summer, their behavior in both is risky and worrisome.

It’s been shown that the most commonly used drugs by kids in the summer are marijuana and beer. However, as duffycounseling.com reports, “experimentation can also involve harder drugs such as cocaine, prescription medications, and liquor. Many teens admit that marijuana is “easier to get” than alcohol and that the use of marijuana is rampant amongst their peers.”

Structuring your kid’s summer can lead to less down/bored time for them which can, in turn, place them at a lower risk for drug experimentation/abuse.  Being aware of the consequences of boredom in the summer can help you feel closer to your child and help you provide activities for them to meet peers and friends with interests similar to their own.

Could a Natural Nasal Spray Replace Addictive Opioids?
What is Meth?
7 Legal Drugs Teens are Abusing
Signs of Drug Abuse
Diet Pills
Facts about Cocaine
An Interesting Perspective on Guns and Drugs
HIV and Drug Abuse in Women
0 replies