Recent studies outline the trend. And in this guide, we connect the dots around:

In one study, Calista Harbaugh, MD, of the University of Michigan in Ann Arbor, and colleagues, found that young people can become addicted to opioids following common surgical procedures, according to MedPage Today. In the study, “a large database of nearly 90,000 patients, ages 13 to 21 years, with no history of prior opioid prescriptions. These patients underwent 13 common surgeries from 2010 to 2015. They were compared with a control group of patients without opioid prescriptions or procedural codes for surgery during a similar time frame.”

And do these events lead to opioid addiction?

MedPage further reports that another group examined data from the Nationwide Emergency Department Sample. They “found over 250,000 visits to the ED during the study period among children up to age 21 that included diagnosis codes for opioid abuse or dependence. Nearly 90% of those visits were from patients ages 18 to 21 years, with only 8% among those ages 16 to 17 years. More than half (56%) of the patients were boys.” 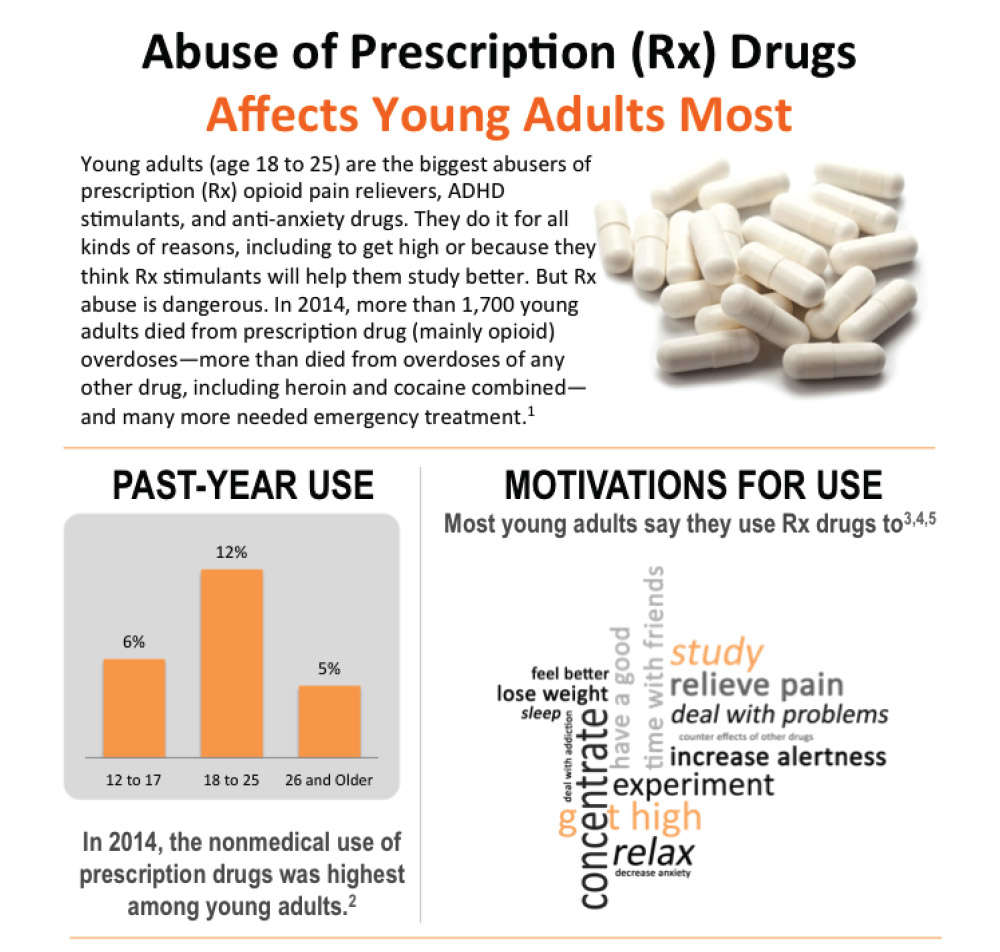 The agency reports that “Young adults (age 18 to 25) are the biggest abusers of prescription (Rx) opioid pain relievers, ADHD stimulants, and anti-anxiety drugs. They do it for all kinds of reasons, including to get high or because they think Rx stimulants will help them study better. But Rx abuse is dangerous. In 2014, more than 1,700 young adults died from prescription drug (mainly opioid) overdoses—more than died from overdoses of any other drug, including heroin and cocaine combined—and many more needed emergency treatment.” 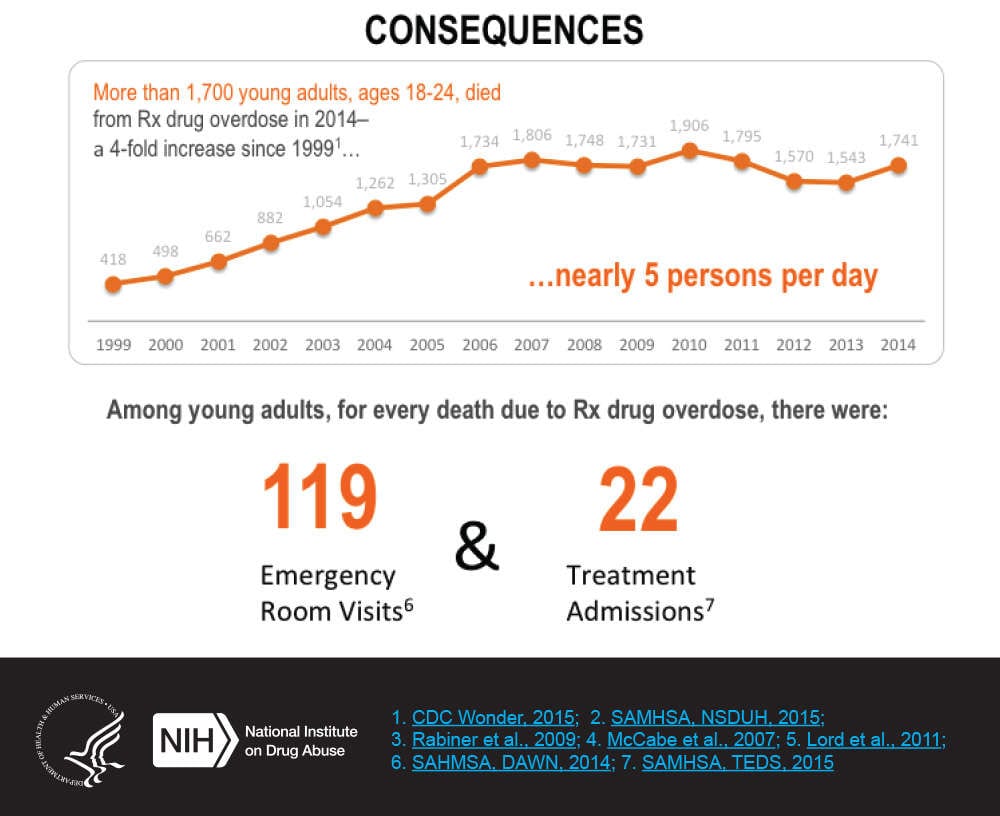 How Did We Get Here?

The American Academy of Pediatrics offers an excellent history of opioid epidemics in the U.S., including one that was addressed in the early 1900s. But then:

“Twenty years after the Vietnam War, powerful oral opioid pain medications entered the market, simplifying outpatient pain treatment. Around the same time, a National Academy of Medicine (formerly Institute of Medicine) report encouraged physicians to more aggressively treat pain, and the Joint Commission on Hospital Accreditation asked patients to rate physicians on the basis of how well they addressed pain. Opioids were marketed to both medical professionals and patients as safe and nonaddictive and were heralded for improving quality of life in patients who suffered from painful conditions. A cultural movement that demanded that all aspects of life be “pain free” put tremendous pressure on medical professionals. Patients were willing to consume a lot of opioid pills, and nonpatients, including adolescents and often their parents, believed these medications to be safe. Between 1999 and 2014, the number of opioids prescribed increased by threefold,14 creating a reservoir distributed among medicine cabinets throughout the country. The oral formulation that averted the need for intravenous injection lowered the bar for initiating opioid use and helped to ignite the current epidemic.”

The further identifies connections between the current opioid epidemic and behaviors that can start even pre-adulthood:

Opioid Use Can Start With Simple Dental Procedure

A key challenge to the opioid epidemic: Initial exposure to the drugs can occur following a simple dental procedure common among teenagers: The pulling of wisdom teeth.

The Journal of the American Medical Association asks: “Are opioid prescriptions from dental clinicians that are written for pain management of third molar extractions from adolescents and young adults associated with subsequent opioid use and abuse?”

The report notes that “through prescription writing, dental clinicians are a potential source of initial opioid exposure and subsequent abuse for adolescents and young adults.” The study’s objective: “To examine the association between index dental opioid prescriptions from dental clinicians for opioid-naive adolescents and young adults in 2015 and new persistent use and subsequent diagnoses of abuse in this population.”

The findings were remarkable: “Index opioid prescriptions in opioid-naive adolescents and young adults compared with age- and sex-matched controls were associated with a statistically significant 6.8% absolute risk increase in persistent opioid use and a 5.4% increase in the subsequent diagnosis of opioid abuse.”

In other words: “The findings suggest that dental opioid prescriptions, which may be driven by third molar extractions in this age group, may be associated with subsequent opioid use and opioid abuse.”

Or, as the Stanford University write-up puts it: “Opioid prescriptions from dentists linked to youth addiction risk. In teenagers and young adults, receiving opioids from dental providers is linked with elevated risk for continued opioid use and abuse, a Stanford study has found.”

“Both the American Academy of Pediatrics and the 2016 surgeon general’s report highlight that intervention early in the life course of youth addiction is critical for preventing progression to more severe disease, yet our data indicate that medications are underutilized for youth.”

Another challenge for young adults: Access to proper medication for opioid addiction. Another JAMA report investigated an important question: “How often do youth with opioid use disorder receive buprenorphine or naltrexone, and how has this changed over time?”

In the face of a worsening opioid crisis in the United States, strategies to expand the use of pharmacotherapy for adolescents and young adults are greatly needed, and special care is warranted to ensure equitable access for all affected youth to avoid exacerbating health disparities.”

The study highlights the underlying issues in stark relief — and incredible statistic-based detail:

The study’s results are just as telling:

The bottom line: “Both the American Academy of Pediatrics and the 2016 surgeon general’s report highlight that intervention early in the life course of youth addiction is critical for preventing progression to more severe disease, yet our data indicate that medications are underutilized for youth…In the face of a worsening opioid crisis in the United States, strategies to expand the use of pharmacotherapy for adolescents and young adults are greatly needed, and special care is warranted to ensure equitable access for all affected youth to avoid exacerbating health disparities.”

MedPage Today notes that “an accompanying editorial by Brendan Saloner, PhD, of Johns Hopkins University in Baltimore, and colleagues, argued that in addition to changes in clinical practice, a “cultural change” towards medication-assisted therapy is needed to reduce ‘stigma.'”

The post continues: “‘There is a need for research on how physicians, patients, and families communicate about [medication-assisted treatments] and how youth-specific concerns about buprenorphine use could be addressed in office-based settings,’ they wrote, adding that it was ‘troubling’ that these medications were used less commonly among girls and youth from minority backgrounds.”

“Further work is needed to understand the source of these discrepancies,” Saloner’s group wrote.

Verify Insurance
Service Animals and Recovery: How They Connect

Guide: What is Ecstasy?
Scroll to top