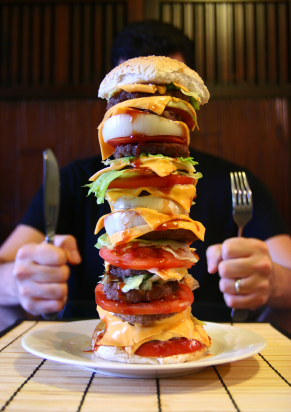 Drug addiction and binge eating– are they similar?

Just like many pleasurable behaviors—including sex and drug use—eating can trigger the release of dopamine, a feel-good neurotransmitter, in the brain. Further, this internal reward can increase the possibility that this behavior will eventually become habit forming through positive reinforcement conditioning.  That is to say, that the more we feel pleasure from eating, or overeating, the more addicted we can become to it.  This pattern of addiction is similar to drug abuse addiction where the neurochemical response becomes difficult to shake.   Ralph DiLeone, a brain scientist at Yale University indicates that, “the motivation to take cocaine in the case of a drug addict is probably engaging similar circuits that the motivation to eat is in a hungry person.” Some have even gone further by suggesting that when we binge eat, we are training our brains for other addictive behaviors and/or tendencies.

Further, many teenagers struggle with eating disorders – whether they are related to under-eating or overeating.  A study published in the Archives of Pediatrics & Adolescent Medicine reports that irregular eating can be another element that may increase a teen’s risk of developing a drug abuse problem. Also, Bloomberg News reported that “adolescents who binge-eat are nearly two times more likely to use marijuana and other illegal substances.”

However, it’s not just youth or adolescents who struggle with eating disorders.  Individuals of all ages should be cautious about their eating habits and how those habits may eventually transfer over to other harmful addictions.  People who consume large amounts of food at once are more likely to treat drugs in a similar way.  It has been found that behind any addiction, the driving force is impulse – making drug abuse a common complement to binge eating.  Drug abuse and binge eating both occur when there is a loss of control over consumption.

According to Patricia Sue Grigon, Ph.D. at Penn State College of Medicine, “drug addiction persists as a major problem in the United States. Likewise, excessive food intake, like binge eating, has become problematic.  Given the common characteristics of these two types of disorders, it is not surprising that the co-occurrence of eating disorders and substance abuse disorders is high. It is unknown, however, whether loss of control in one disorder predisposes an individual to loss of control in another.”

In the lab, Grigson and her colleagues found a link between bingeing on fat and the development of cocaine-seeking and -taking behaviors in rats.  This relationship suggests that conditions promoting excessive behavior toward one substance can increase the probability of excessive behavior toward another and findings were reported in the Journal of Behavioral Neuroscience.

Grigson reports, “A history of bingeing on fat changed the brain, physiology, or both in a manner that made these rats more likely to seek and take a drug when tested more than a month later. We must identify these predisposing neurophysiological changes.”  That is to say, when the rats had engaged in binge eating behavior, they were more likely to binge on drugs and become engaged in drug addicted behavior afterward – especially those rats allowed to binge on fat.

Verify Insurance
Is My Teenager is Using Drugs? Meth Addiction can be Deadly
Scroll to top