December is National Impaired Drunk and Drugged Driving Month. Most often, driving impaired by drinking a 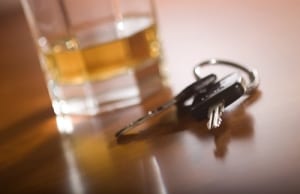 nd drugs spikes during the holiday season making this time of year a good time to focus on prevention and remember what’s at stake when behind the wheel. Last year, President Obama stated that in 2015,preventable alcohol-related driving fatalities accounted for nearly one third of all traffic accidents. Sadly, in spite of year of campaigning and advertising messages by law enforcement and other anti drunk driving groups, the numbers of individuals affected remain closely the same. Not only in December, drunk, drugged and distracted driving incidents are on the rise in our nation.

Last year, President Obama gave some very sound advice when he offered the following 5 points. He indicated that in order to prevent more drunk, drugged and distracted driving related injuries and fatalities, we must:

Putting an end to drunk and drugged driving is not easy. It requires personal examination, responsibility, and effort as well as effective public policies. Hopefully, this December, more individuals will be alert and attentive and traffic injuries and fatalities can be fewer.