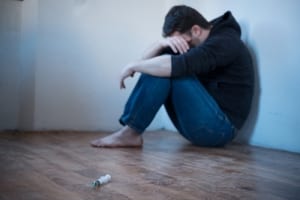 However, they cite a study performed by the Substance Abuse and Health Services Administration (SAMHSA), in the U.S. Department of Health and Human Services that showed that although cocaine use declined until the early 1990s, cocaine use has been rising in the United States ever since.

Further, it is estimated that between 22 and 25 million people have used cocaine at least once, and about two million people struggle with cocaine addiction in the United States. Also, according to the Office of National Drug Control Policy (part of the Executive Office of the President of the United States), among those 12 and older, about 0.7 percent of the population used cocaine – including crack cocaine – in the past month. This might not seem like a huge statistic but, shockingly, 0.7% of the population translates to over a million new users a year.

Also, studies by SAMHSA show that those who most commonly use cocaine are adults. In the 1980’s most users were at least 18 and now they are generally at least 21 years old. cocaineabuse.us further indicates that drug-statistics.com reports that college students use of cocaine is on the rise – up to 4.8 percent from 2 percent in 1994. Interestingly, men are more likely to use cocaine than are women. But recently, it has been shown that the gap between male and female users is narrowing. Tragically, more than 400,000 infants are born addicted to cocaine each year in the United States.

It is clear that although cocaine use declined after the 1980’s, it is once again on the rise and should not be ignored as an addiction problem that could very negatively impact our society.