Benzo Use on the Rise?

A recent article published in the American Journal of Public Health titled, Increasing 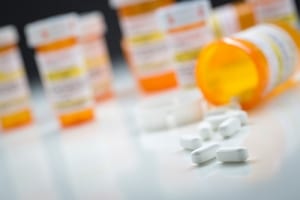 and Overdose Mortality in the United States, 1996–2013, by Marcus A. BachhuberMD, MSHP, Sean HennessyPharmD, PhD, Chinazo O. CunninghamMD, MS, and Joanna L. StarrelsMD, MS indicates that benzo use is on the rise in a big way in the US.

The study examined correlations and trends in benzo prescriptions and overdoses in US adults. Benzodiazepines are defined by webmd.com as, “a type of medication known as tranquilizers. Familiar names include Valium and Xanax. They are some of the most commonly prescribed medications in the United States. When people without prescriptions obtain and take these drugs for their sedating effects, use turns into abuse.” The aforementioned study found that the increase in adults filling benzo prescriptions from 1996 to 2013 was 4.1% and the overdose rate increased significantly (more than 5 times the rate at the start of the study) as well although overdoses from benzos seems to have plateaued. The study further showed that the quantity of filled benzo prescriptions is also increasing. Although a plateau seems to be happening among most adult individuals in the US, the study pointed to evidence that overdose in older adults and racial/ethnic minorities is continuing to rise. Further, there were no signs of decreased use of benzos throughout the course of the study.

This information is important in that it shows a need to reduce benzo prescriptions or at least improve the safety of their use. The study indicated that, “In 2013, an estimated 22 767 people died of an overdose involving prescription drugs in the United States. Benzodiazepines, a class of medications with sedative, hypnotic, anxiolytic, and anticonvulsant properties, were involved in approximately 31% of these fatal overdoses.”

What are Benzos?
0 replies

Verify Insurance
What is Serotonin? Addiction Habits Similar to Individuals with Obesity
Scroll to top