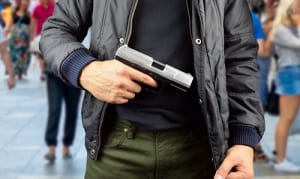 A recent article by Jay Stooksberry was printed in Newsweek indicating that if the war on drugs was to be stopped, the amount of gun violence in the US would significantly decline.  The article points to evidence of when Prohibition was in effect and violence increased, as well as how legalizing marijuana in Colorado has been correlated with a decline in homicides.

It doesn’t seem logical, especially because the gun violence that most of us read and hear about is the mass tragic horrific homicides carried out often by a single gunman.  However, the report indicates that only 3% of the United States homicides occur in this manner and most of them -over 50%-are instead related to drugs.

He states that in Mexico, “between 2007 and 2014, Mexican authorities estimate, 164,000 homicides were the result of cartel (drug) violence.  For perspective, during the same period, civilian deaths in Afghanistan and Iraq totaled 103,000 combined.” These staggering numbers go to show how overlooked this problem can be.

But how would ending the war on drugs help with less gun violence?  It doesn’t seem logical. The article indicates that while the nation’s drug problem needs to be addressed, the way we are going about it is in fact, leading to more violence and more volatile situations involving guns that could be avoided.  The author is not denying there is a problem with drug abuse; instead, he indicates that the limitations and restrictions on guns is contributing to the problem rather than working to minimize it.  Further, the article points out that the “war on drugs” isn’t proving effective and hasn’t been for some time, so policies and procedures in relation to drugs and guns need to be adjusted and reexamined in order to have a more successful outcome.