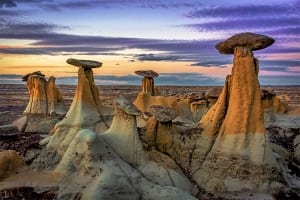 This week, American Indian tribal leaders from New Mexico, where heroin and opioid addiction is rampant, met to discuss ways to fight opioid abuse and overdose. Better treatment, prevention education, and more law enforcement were among the top issues of discussion at the meeting.

Indicating that hypodermic needles are found daily, the officials discussed prevention education beginning as young as age 8 in the areas most impacted by the opioid abuse. The cities of Espanola and Rio Arriba have had extremely high numbers of heroin related deaths for years, and New Mexico’s drug overdose rate in 2014 was the second highest in the nation. In fact, Rio Arriba had the highest drug overdose death rate in the state with 81.4 deaths per 100,000 residents last year. Officials are hoping new measures will fight back against these statistics and bring more hope to the impacted areas.

Interestingly, American Indian opioid use is widespread; it’s not a problem that New Mexico is dealing with alone. For instance, American Indian students’ annual heroin use was recently found to be about two to three times higher than the national averages from 2009 to 2012. Further, opioid abuse has even stuck in the most remote, small communities in the country among American Indians.

For instance, in a small Alaskan village of 25,000 residents, 500 were recently deemed to be addicted to opioids. Treatment and prevention are sparse there. Other Alaskan village are suffering as well. Tribes in Maine have recently been provided with the drug Narcan, which reverses the effects of opioids, but more programs like that are needed to combat the ever-growing influence of opioids among Native Americans.

Opioid Treatment Not Being Utilized Enough
Extra warnings of addiction with opioid use in Utah
Fentanyl potency
Could a Natural Nasal Spray Replace Addictive Opioids?
Suicide Rates on Rise in U.S.
Moms and Drug Abuse
0 replies