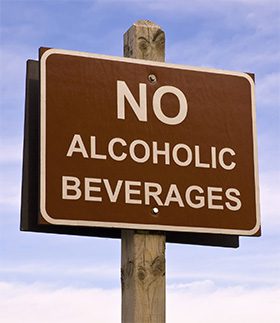 Pregnant women between 18 and 44 years of age were surveyed by the Centers for Disease Control and Prevention (CDC) and ten percent reported drinking alcohol while pregnant. Using the CDC’s Behavior Risk Factor Surveillance System, an even more alarming statistic was uncovered: 3.1 percent of pregnant women are participating in binge drinking. Binge drinking is defined as consuming more than four alcohol beverages in a two hour time frame. Further, the pregnant women who binge drank during pregnancy reported that they did so around four to five times per month. This is a shocking fact because most non-pregnant woman who binge drink usually do so around just three times per month.

Drinking alcohol during pregnancy is dangerous for the mother and the baby. It can lead to fetal alcohol spectrum disorder, which sadly affects between two and five percent of children. Fetal alcohol spectrum disorder can manifest behaviorally, physically or mentally in children. Drinking alcohol can also lead to bird defects, miscarriage and premature birth.

Ongoing research is examining why pregnant women are more prone to binge drinking and what can be done to put a stop to it.