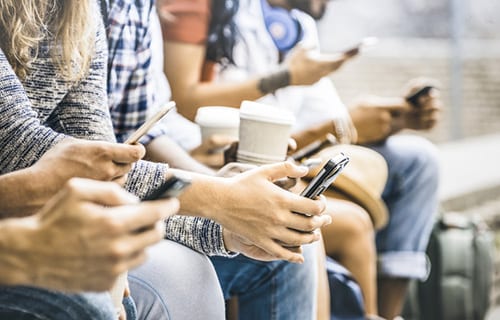 Often, drug addiction or alcohol consumption or smoking is depicted in the media in either a watered-down “no big deal format” or an exaggerated manner. Sitcoms often portray someone who is deemed “a total loser” by viewers hitting rock bottom or a completely ordinary family laughing at someones serious addiction problem.  In the real world, people fighting addiction experience  the battle very different than it is portrayed in the media. Watching a scene on TV with emotion due to alcohol or drugs can be captivating and entertaining.  In reality, the emotions experienced by individuals dealing with addiction can be stressful or embarrassing.  Viewers turn on a movie or a TV show for entertainment, not for reality or accuracy in most cases. Further, one cannot watch any type of sports programming without being bombarded by alcohol advertisements.

The data characterizing the impact that visual representation of drugs and alcohol in the media has on spectators is shocking. Due to the $25 billion per year that is spent by advertisements for alcohol products, on average —every 22 minutes— someone is shown on television consuming alcohol. In conjunction with that statistic, regarding the $8.9 billion being spent on the promotion of tobacco products each year, it was shown that 90% of rated R movies have smoking scenes. Most often, the individuals portrayed smoking in those shows are generally intelligent, successful, beautiful and handsome people. Thus, many media viewers are impacted by the portrayal of addiction in such a way that they believe smoking and drinking are a great way to become, successful, beautiful, and interesting, neglecting the less attractive hard truth of addiction.

It’s important to maintain a philosophy around substance abuse and recovery.

Indeed, the Council on Communications and Media of the American Academy of Pediatrics writes: “Although parents, schools, and the federal government are trying to get children and teenagers to ‘just say no’ to drugs, more than $25 billion worth of cigarette, alcohol, and prescription drug advertising is effectively working to get them to “just say yes” to smoking, drinking, and other drugs. In addition, television programs and movies contain appreciable amounts of substance use. Unlike traditional advertising, media depictions of legal drugs are generally positive and invite no criticism, because they are not viewed as advertising.The result is that young people receive mixed messages about substance use, and the media contribute significantly to the risk that young people will engage in substance use.”

It continues: “The contribution of the media to adolescent substance use is only recently becoming fully recognized and appreciated…  the evidence supports strong actions aimed at the entertainment industry about media depictions of tobacco use and strong actions aimed at motivating and assisting parents of children and young teenagers to restrict access to adult media venues with excessive substance use exposure.”

Addiction is a Disease

Take Care of Yourself when Helping Others in Recovery

Is U.S. Losing the Fight Against Drugs?