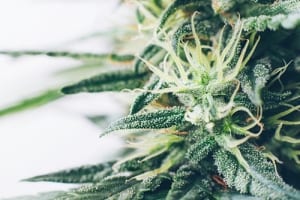 Some haven’t heard of the drug hashish but they wonder if its the same things as marijuana. In fact, hashish comes mainly from the flowers (as well as leaves and stems) of the cannabis plant. And further, the active ingredient in hashish is the same as in marijuana, THC. Wikipedia defines hashish as, “Hashish, or hash, is a drug made from cannabis. While herbal cannabis is referred to as marijuana, hashish is cannabis resin. It is consumed by smoking a small piece, typically in a pipe, bong, vaporizer or joint, or via oral ingestion.”

The effects of hashish on the brain and marijuana are similar.  THC impacts cognition in the brain with facilitates memory and concentration, motor coordination and  even includes memory.  Also, THC binds to receptors in the brain which create feeling of well-bing, sedation, and euphoria in the user. Some wonder if hashish (and marijuana) are dangerous because of the recent legalization of marijuana.  While there are many known positive medical uses of the drug, the American Psychiatric Association has identified hashish and marijuana as drugs that develop a condition known as cannabis disorder.

Marijuana Use and Prediabetes Linked?
Is Spice Marijuana?
Trump Vows to Crack Down on Recreational Marijuana
Marijuana Use Among Teens Rising
WAX - Warning to Teen Parents
0 replies