Top 10 Drugs that are causing overdoses: 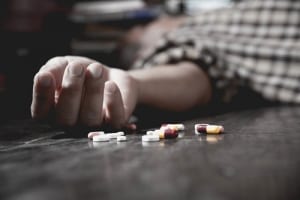 . When one’s metabolism cannot detoxify fast enough due to drugs being consumed in large quantities, inadvertent and adverse effects can occur, including overdose. Further, more and more individuals are overdosing on prescription drugs although stereotypically people still think of overdoses in relation to street drugs.

Several studies show that the following drugs are the most commonly abused which result in overdose. Although there is a small amount of variance among the last 5, the first 5 are almost always ranked accordingly.   A recent study conducted by the National Vital Statistics Reports (NVSS), a branch of the CDC, entitled Drugs Most Frequently Involved in Drug Overdose Deaths: United States, 2010-14, indicates that the top 10 drugs involved in lethal overdoses were (in order):

Also noteworthy, researchers at the CDC found that deaths from heroin overdose tripled during the last 5 years, and deaths from methamphetamine abuse more than doubled. Deaths involving fentanyl, a commonly abused drug for treating pain, also doubled — in just one year, from 2013 to 2014.