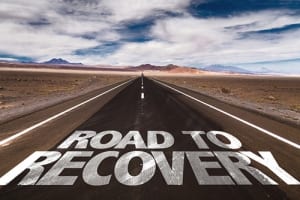 When individuals reach the point where they want to recover from drug abuse, many feel they simply do not have the funds to do so.  Or, they feel like they can beat it on their own and save money.  Or, they think that rehab is too costly and they can’t or won’t afford it.  A very interesting fact, however, is that when the cost of continuing drug abuse is examined, it is often found that rehab would actually be less expensive – especially in the long run.

Further, financing a drug addiction is a large financial burden that carries an even larger risk with it: the lengths people will go to to obtain drugs to feed their addiction.  Theft, blackmail, and harming others can be very prevalent among addicts.  Many people have questions about the cost of drugs in comparison to the cost of drug treatment. Often, when choosing between a continuing drug habit and financing rehab, people don’t consider the sheer cost of feeding their drug dependences. Many individuals will end up spending thousands—or more—on drugs and alcohol throughout their lifetimes

Again, it is interesting that research shows that some people put off getting treatment because they fear they cannot afford rehab. Interestingly, it turns out that rehab is much cheaper than drug addiction in the end.

Most importantly, rehab is an investment.  Generally drug rehab will bring better health, more meaningful relationships, increased self-esteem, and much more disposable income (instead of spending any disposable income on a drug addiction). And, individuals will most certainly have a brighter future when investing in rehab over addiction.

Individuals with alcohol or drug addictions should seek treatment – whether inpatient or outpatient. All kinds of treatments are available at all various costs. Putting one’s health first will prove to be a better financial decision with a more positive outcome.  Research shows that most addicts are unable to achieve successful recovery on their own or with family members alone, so finding help is vital. Deciding between costs, inpatient and outpatient rehab, and finding the right treatment center – regardless of expense –are all important decisions to be made for a successful recovery outcome.