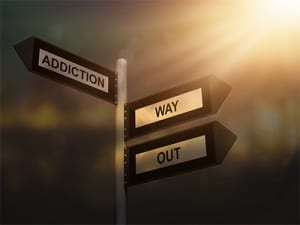 Alternative to 12 Step Based Rehab

The 12-step approach was started back in the 1930’s before the medical community had any real understanding of what causes addiction, or how to treat it. It certainly has helped many people to achieve and sustain sobriety over the years. However, the 12-step approach is a peer-based community support group…basically one addict or alcoholic helping another. It is a culture of recovery that is based in the personal opinions of those who attend meetings and does not take into account the science of addiction, the role of the mid-brain, or the overwhelming presence of co-occurring mental health issues for those who struggle with this vicious disease. Licensed professionals do not moderate the meetings themselves. Although 12-step rehab can be helpful for some, Turning Point offers an alternative to the 12 step program which contains the same fellowship and support found within 12-step groups. This alternative to 12 step based rehab at Turning Point is made up of individuals seeking a holistic, therapeutic path to recovery. Turning Point does support their clients in taking advantage of the 12-step approach, if they wish, once they complete residential treatment.

For example, Turning Point’s approach for treating Dual Diagnosis substance abuse issues is non 12 step and is based on the assumptions and principles of Cognitive Behavioral Therapy (CBT) and specifically on Rational Emotive Behavioral Therapy (REBT), which is a form of CBT. CBT and REBT are evidenced-based approaches (clinically proven and supported by SAMSHA) for dealing with affective and addictive disorders. Albert Ellis, who was awarded the distinction of being “the most influential psychologist” of the 20th Century by the American Psychological Association, first developed REBT.

An assumption of REBT is that people act the way they do because of their perceptions of reality, not by reality itself. In other words, behaviors, emotions and thoughts are driven by beliefs that people hold about how things “should” be rather than how things actually are. REBT therapy is designed to help individuals discover underlying and often unconscious, inflexible and self-destructive beliefs about themselves, others and the world. Once these beliefs are identified, challenged and reframed, individuals are able to increasingly accept themselves and others without emotional distress. This resulting reduction in emotional distress allows them to reduce their overall stress and anxiety levels, to improve their mood and to gain control over self-destructive behaviors such as addiction.

Many good things have come out of the 12 step addiction recovery programs. However, alternatives to 12 step based rehabs are also very successful and life changing – often more so.