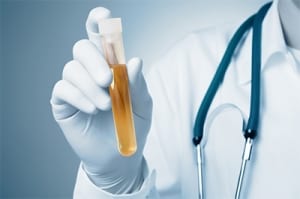 A recent study by Quest Diagnostics shows that the number of positive pre-employment drug tests is on the rise. Their study showed that the number of employees pre-testing positive for drugs has increased for the first time in a decade. The study further indicates that the majority of the increase is due to the legalization of marijuana in many U. S. states. Legalization of marijuana puts employers in a tough situation. Although marijuana is legal in some states, it is still illegal under Federal Law. For that reason, if employers choose, they can still ban the use of marijuana for their employees, whether it is bought and used legally or illegally.

The New York Times reported recently that the increase in applicants testing positive for drugs at pre-employment drug tests does not reflect the amount of prospective employees who simply turn away at the mention of a drug test prior to employment. They indicated that at a job fair for equipment manufacturer JCB in Georgia, half of those present left and gave up employment opportunities prior to taking drug tests. They further point out that the issue is particularly widespread in the transportation and construction industries.

Although marijuana is often the primary culprit in positive pre-employment drug tests, the study showed that heroin and other opiates use coincide with the positive tests.