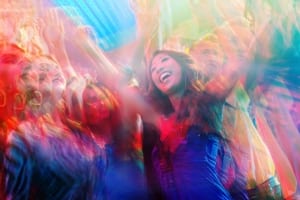 As prom season begins, many parents start to worry about the safety of their children on this special, coming-of-age evening. Most kids attend the prom but end up leaving the dance at some point to head to another gathering with their date. The prom doesn’t end with the dance at the school, as it did years ago. And many of the after prom parties involve alcohol.

If you ask teens, over 90% of them will tell you that their friends will drink and drive on prom night. Research shows that of this 90%, over 50% of these teens will have had four or more drinks on prom night. In fact, drinking and driving on prom night has been shown to contribute to the over 5,000 teens each year that die from underage drinking.

Alternatively, there are other options besides drinking alcohol on prom night. In fact, there are lots of schools that sponsor their own “after party” – hoping to lure teens away form parties where there is alcohol. Some schools have a booth set up the week of prom where students can pledge to stay sober and stay away from alcohol for the duration of prom week.

Most importantly, parents play a huge role in helping their kids stay away from alcohol on prom night. Knowing where your teen is headed, who they are with, expecting them to check in and be home at certain times, and being involved with the dance in any way can lessen the likelihood of the combination of alcohol and prom night.