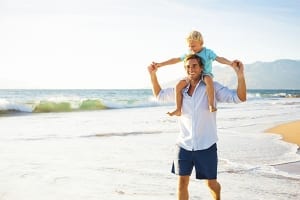 The National Institute on Drug Abuse (NIDA) has recently published information about interventions in early childhood that may prevent drug abuse as well as other unhealthy behaviors. The informative guide discusses things that impact children’s self-control and overall mental health, from pregnancy to age 8. The study points out that while drug abuse generally begins during adolescence, recognizing the biological, psychological, social, and environmental origins that can begin even before birth can be very beneficial.

“Thanks to more than three decades of research into what makes a young child able to cope with life’s inevitable stresses, we now have unique opportunities to intervene very early in life to prevent substance use disorders,” said NIDA Director Nora D. Volkow, M.D. “We now know that early intervention can set the stage for more positive self-regulation as children prepare for their school years.” He indicates that the published guide is very important to anyone who has an influence in anyone’s childhood.

The information from the NIDA indicates that special attention needs to be given to the most vulnerable times in children’s lives, such as the first day of school, divorce, moving, etc. Further, the research about the childhood years points to evidence that a stable home environment, proper nutrition, stimulation both cognitively and physically, and supportive parenting can also provide good development outcomes with a lessened likelihood of drug abuse.