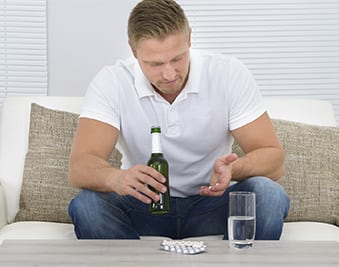 4-MTA is a designer drug that was created in the 1990s by a team of Purdue University researchers, led by David E. Nichols. Prof. Nichols created the drug intending to use it on laboratory animals to help develop a “safer” version of ecstasy or Prozac for use in humans. The drug is composed of a highly selective serotonin releasing agent (SSRA) and also an MAO-A inhibitor. This combination of being both a stimulant and MAO-A inhibitor causes a number of serious side effects. The drug is formally known as 4-Methylthioamphetamine.

The physical side effects of 4-MTA last about 8 hours. These effects last about eight hours, with a steady increase in energy but without a hyperactive mind –interestingly, users feel energized but calm at the same time. Like ecstasy (MDMA), 4-MTA is a strong serotonin releaser. On the other hand, unlike ecstasy, users do not experience a euphoric high. Dangerously, this means that many users will take increased and repeated doses of 4-MTA thinking that the drugs are “not working.”

Because users have no quality control over the ingredients of 4-MTA, the drugs is proving to be even more dangerous. Further, combining the drug with others, as many tend to do within the club culture, increases the chances of deadly results.– Increased energy and a calm mind — the two main physical side effects of 4-MTA – are due to the fact that the drug is both an MOA-A inhibitor and as SSRA. In other words, this means that 4-MTA is particularly dangerous due to the fact that one pill can cause two opposite, and possibly deadly, reactions within the body. Further, 4-MTA is highly toxic and was implicated in five deaths within its first year of use in the club scene in Europe.

Should Kids Know About Parent’s Past Drug Use? 9 Things to Try for Anxiety in Children
Scroll to top
Font Resize