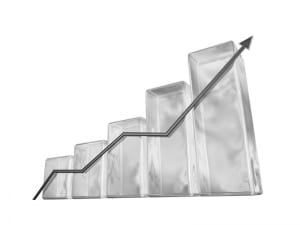 A recent article posted on psychcentral.com is very helpful in identifying whether or not you (or someone close to you) truly have an addiction problem. What’s the difference between social drinking and being an alcoholic? How do you know if you are on the road to dangerous addictions or not? Truly, this varies for each individual, but the author of the aforementioned article gives some good guidelines as to how to define these boundaries in defining 4 degrees of drug use.

People experiment with drugs for all kinds of reasons. Some are curious about what it will feel like, others are pressured by someone else. Most people who, despite their motivations, experiment with drugs or alcohol do not become addicted. However, the thought that ”just once won’t hurt anything” is incorrect because one could drink and drive for instance. Further, in individuals who are predisposed to addictions, partaking of a substance one time can set in motion a pattern of drug abuse and dependency.

“The social drinker or drug user uses substances in social situations, usually to relax, fit in or have fun. Although it seems innocent enough, especially compared to the solitary drug user, social use often leads to greater degrees of substance use. If the social user continues using even in the face of negative consequences, they’ve crossed the line into substance abuse” (psychcentral.org).

Binge drinking is a dangerous pattern of drug use. Many tend to overlook binge drinking as being problematic because it doesn’t occur on a daily basis. However,

“binge drinkers are 14 times more likely to report driving under the influence than those who do not binge drink. Binge drinking has also been linked with alcohol poisoning, unintended pregnancies, sexually transmitted diseases, assaults, accidental injuries, liver disease and high blood pressure, among other negative consequences…. But despite these dangers, more than half of the alcohol consumed by adults and 90 percent of the alcohol consumed by underage drinkers in the U.S. is in the form of binge drinks. Young adults are the most likely to binge drink, even though early drug use is strongly associated with drug and alcohol addictions later in life” (psychcentral.org).

Take Care of Yourself when Helping Others in Recovery
0 replies