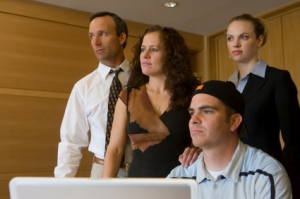 Illegal drugs in the workplace on the rise

A recent report in regards to the rise in drug use in the workplace shows a definite increase among workers. In fact, according to Medical News Today, the proportion of workers testing positive for illegal drugs, including marijuana, cocaine and methamphetamine, is fast approaching about 5%. The results came from a huge data-base that tested drugs in the workplace using urine analysis and other means (hair drug testing and oral fluid drug testing).

It was reported by the director of Quest Diagnostics, Barry Sample, that, “American workers are increasingly testing positive for workforce drug use across almost all workforce categories and drug test specimen types.” Quest Diagnostics is a drug testing company.

Further, Markus MacGill of Medical News Today reports that, “Data released by (Quest Diagnostics) shows that among about 6.6 million urine drug tests performed in the general US workforce, 4.7% showed positive in 2014 – up on the 4.3% proportion measured in 2013, which itself had seen the first annual rise in figures since 2003.”

The Quest director noted that they have seen prescription drug use on the rise in the past, but find it interesting that illegal drug use is also increasing now. Also interesting is that marijuana is the most commonly detected drug which is noteworthy if it means that workers are becoming more accepting of the drug since it’s legality has been passed by some states. Further, cocaine use has risen and amphetamine use has risen so high when illegal drugs were tested in the workplace that its now at its highest level on record.

These findings have many implications for the workplace. Workers may be less attentive, more impaired, and less capable of making clear decisions or acting under pressure among other things if drug use in the workplace continues to rise.