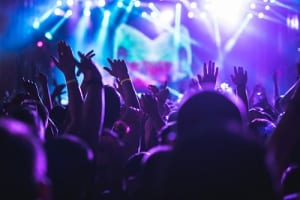 Sadly, ecstasy is one of the most popular used drugs —especially among youth —today.  In fact, it is estimated that there are 9 million ecstasy users worldwide.  Although ecstasy is illegal, the young adults and teens who most often use the drug don’t recognize just how dangerous it is.

Mixed with alcohol, ecstasy becomes even more dangerous and can be deadly.

What exactly is ecstasy?  Wikipedia defines ecstasy as, Methylenedioxymethamphetamine (MDMA), commonly known as ecstasy, is a psychoactive drug used primarily as a recreational drug. The desired recreational effects include increased empathy, euphoria, and heightened sensations.  When taken by mouth, effects begin after 30–45 minutes and last 3–6 hours.  As of 2017, MDMA has no approved medical uses”.

Ecstasy is most often associated with parties.  The harm caused from ecstasy has become so widespread that emergency room incidents have skyrocketed more than 1,200 percent recently.  So, you may want to ask yourself, when it seems like a fun thing to do at an all night rave—is the “club drug” ecstasy really worth it? Definitely not.

Ecstasy use continues to rise among certain groups and populations in the US. Ecstasy, otherwise known as both Molly and MDMA, can be taken orally as a capsule or a tablet. Ecstasy is a chemical stimulant that is popular among young adults in the nightclub scene. The effects of ecstasy often include: changes in person’s mood, aggression, sexual activity, sleep, and sensitivity to pain.

Ecstasy is very dangerous and can lead to fatal increases in blood pressure and heart rate due to the chemical effects of the drug. Further, ecstasy can generate confusion, depression, anxiety and drug cravings that can take effect immediately or possibly even weeks after ingestion. Some celebrities have admitted to taking the drug and have also chronicled the difficulties of fighting their addiction including: Eminem, Brittney Spears, Miley Cyrus, and Jack Black.

Disturbingly, when ecstasy is taken in high doses, it can interfere with body temperature regulation, leading to liver, kidney, or cardiovascular system failure or death.  Many don’t realize that ecstasy can be lethal even in its first use. Individuals who find themselves addicted to ecstasy are at a high risk for depression and anxiety as well as concentration issues and memory loss even after breaking free from their addiction. For this and other reasons, it is imperative that those addicted to ecstasy seek help in overcoming their addiction.

Qualities of an Excellent Drug Rehab

Are Rehab Expenses Really Worth it?

Exercise and Recovery- Even More Reasons!

Teen Drug Use on Decline
0 replies

Illegal Drugs in the Workplace on the Rise Are Cigarettes the Real “Gateway Drug?”
Scroll to top
Font Resize