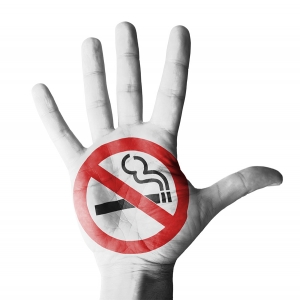 More and more people are joining together to ban flavorings and advertising on TV for E-cigarettes. In fact, prominent groups such as the American Medical Association, the American Heart Association and most recently the American College of Physicians are included in this increasing force.

E-cigarettes are not healthy or safe, but many believe that the advertising and the flavors are appealing to more naive and younger generations that cannot determine the danger of them. Many studies, in fact, have proven that e-cigarettes are dangerous to users, as they still contain nicotine and other particles that put stress on the lungs. They are definitely not “safe” as they are advertised to be.

The flavorings that are used also draw a younger population. These include flavors such as bubblegum, cinnamon, and chocolate. Many younger individuals don’t realize the danger of the nicotine when it is disguised with such a fun flavor, critics argue.

Although the FDA has not addressed the trepidations of the growing concerned numbers of groups, many agree that TV advertising and flavorings for e-cigarettes should be banned. They argue that if advertisements for regular cigarettes are banned from TV then e-cigarette advertisements should be banned as well. And they conclude that with fewer flavorings, less people will be attracted to the dangerous, addicting product. 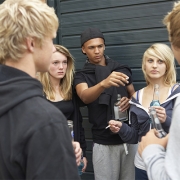 Guide to Juuling: What Parents and Teens Should Know
0 replies