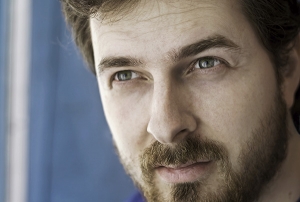 Appearances and Drugs and Alcohol

Although many people believe that taking drugs and/or drinking alcohol will only have an impact on the inside of their body, these substances greatly affect one’s outward appearance as well. Alcohol and drugs most certainly affect internal organs, but drinking excessively or taking drugs too often or in higher quantities can take a toll on one’s skin, teeth, hair, and weight.

First off, alcohol is filled with calories. In fact, just one can of beer or one glass of wine is equivalent to eating a buttered dinner roll. Interestingly, studies show that having too much to drink can lead to an increase in caloric intake. Surveys show that binge drinking caused people to eat about 6,000 extra calories. Everyone has heard the expression “beer belly” and it comes from eating and drinking all of these extra calories. Further, alcohol can affect your outward appearance in that it can cause broken capillaries in one’s eyes due to dilating blood vessels, and dry skin from dehydration. The effects on appearance of dehydration from alcohol intake don’t stop there: dehydration from alcohol can leave you with brittle hair and nails and cause premature aging to your skin.

Another substance that causes weight gain is marijuana since it makes people feel hungry. When individuals feel hunger, they tend to eat, and even overeat when they would not be feeling hungry if they had not ingested marijuana. Alternatively, heroin suppresses one’s appetite, leading, in some cases, to grossly extreme weight loss. Also, heroin can cause visible track marks, sores, acne, premature aging, and blue skin and nails due to low blood pressure from taking the drug.

Similar to heroin, cocaine can also leave visible sores. In fact, symptoms such as a sunken face or a collapsed nose from snorting the drug show that cocaine is a substance that can have a very drastic impact on one’s appearance.

Last, but definitely not least, is meth. Meth ravages one’s appearance in many ways. It can cause weight loss, tooth decay, sores and premature aging.

Drugs and alcohol never leave the user feeling better or more beautiful than before, which is another reason to avoid them all together.