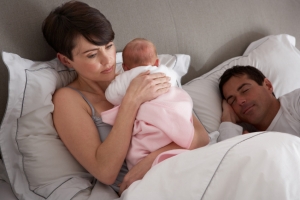 Some recent statistics show that more and more women are struggling with alcohol related issues. Many think of alcohol abuse as a more dominantly male struggle, but alcohol abuse in women seems to be on the rise. In fact, a recent analysis of national surveys shows that 47 percent of white women were regular drinkers in 2002, up from 37 percent a decade earlier. Among black women, the rate rose from 21 percent to 30 percent; among Hispanic women, from 24 percent to 32 percent. In a recent survey by the National Institute on Alcohol Abuse and Alcoholism (NIAAA) more than 5 percent of women in the United States have alcohol use disorders. Interestingly, the gap overall between women and men who have alcohol problems seems to be narrowing.

So, what has caused the shift? First of all, alcohol is more available and more affordable than it used to be and advertisers are more sophisticated in their marketing ploys, marketing alcohol pops and berry flavored vodka to women. Promises.com reports that, “A large research study of women born after World War II conducted by the University of Washington, led researchers to conclude that cultural changes paved the way for the increase in the number of women with alcohol dependence. These changes included: drinking became more socially acceptable for women, women entered the workforce in greater numbers, more women attended college, gender stereotypes were less restricting on women, and purchasing power of women increased.”

Although some of their reasons are the same (such as stress, anxiety, overcoming inhibitions, or relaxing), women tend to drink for different reasons than men do. According to a book titled “Women Under the Influence,” as well as 10 years of research conducted by the National Center on Addiction and Substance Abuse (CASA) at Columbia University (funded by Bristol-Myers Squibb and published in 2006 by The Johns Hopkins University Press) the reasons for women drinking alcohol are interesting. These include:

Further, drunk driving arrests are on the rise among women as are emergency room visits for alcohol-related accidents. Binge drinking is also on the rise for women. According to the Centers for Disease Control and Prevention, 10 percent of women between 45 and 64 say they binge drink; and so do 3 percent of those over 65. Many treatment programs are gender specific which is helping to treat this issue differently for women vs. men. Hopefully an increase in gender focused treatment can help to reduce the rate at which women and alcohol abuse is climbing.

Kids and recovery Are “Sips of Alcohol” given by Parents Bad?
Scroll to top
Font Resize