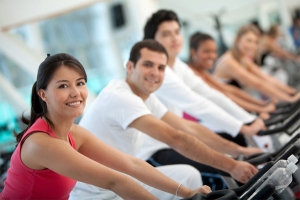 Many studies related to both addiction and recovery have shown a correlation between exercise and improved recovery. However, past results of studies of this nature indicated that exercise must be regular and consistent to obtain significant recovery. A new study (11/2014) by the Scripps Research Institute (TSRI) found that even brief workouts can reduce the risk of relapse in rats withdrawing from methamphetamine. The researchers concluded that even short-term exercise produces positive treatment results.

An Associate Professor at TSRI, Chitra Mandyam, also senior author of the new study, published in the journal Brain Structure and Function indicates that, “There was no correlation between length of workout and risk of relapse—it’s the mere involvement in the activity of physical fitness, rather than how much time you can put in.” She further indicates, “that’s really important if we are going to translate this to humans.”

In San Diego County alone, the rise in the number of methamphetamine users has recently had dire consequences, with the county reporting a 55-percent increase in meth-related deaths since 2008. Many other parts of the US have been similarly affected. The Scripps study was aimed at finding recovery solutions for the rising meth problem the United States is facing.

In the Scripps study, researchers used a lab experiment with rats to determine the beneficial effects of just brief or sporadic exercise on methamphetamine-using behavior. Previously, these researchers had determined that regular access to exercise over a six-week period of time substantially reduced the rate of cocaine intake in another group of rats. However, in the current study, the researchers trained a group of rats to self-administer doses of methamphetamine, and gave them access to the drug afterwards. This time, instead of allowing the rats to exercise for weeks prior to receiving drug access, they only let them exercise for a set number of hours. The researchers concluded that, when the rats involved in the experiment only had the opportunity to exercise briefly prior to receiving access to methamphetamine, their use of the drug still decreased substantially in comparison to times when no opportunity to exercise was made available. This was different from previous studies, where the rats were exercising regularly and also had results.

Interestingly, Mandyam indicated that, “Right now, there is no FDA-approved medicine for methamphetamine addiction. Discovering novel pathways in the brain that could be associated specifically with the withdrawal and relapse stage may lead to new avenues for therapeutics.”

The findings of this new study may indicate that methamphetamine users who occasionally exercise during recovery may still experience significant recovery from meth. In addition, they believe that the benefits of exercise may manifest quickly as opposed to appearing only after extended periods of time. Hopefully, these findings will hold true and occasional exercise can be an effective tool for helping recovering meth addicts achieve their goals

Rise in Heroin overdoses in the US The Cost of Drugs vs. Rehab
Scroll to top
Font Resize