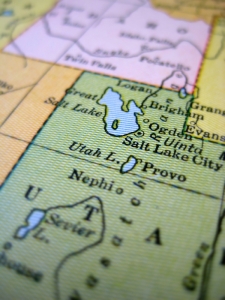 Heroin use on the rise in Utah

This piece of news is shocking for many who believe Utah to be a family friendly, low crime, safe place to live.  However, as the local news channel, KSL recently reported, heroin use is on the rise and is finding its way into Utah at an alarming rate.  KSL discusses how Utah County, home to BYU, and probably the place most people stereotype as being safe and family friendly, is especially seeing a rise in heroin use.  KSL.com reports that, “According to the Utah Department of Health, 446 Utahns — 80 from Utah County — died from heroin use between 2008 and 2012. And if the amount of heroin being taken off the streets is any indication, use may be on the rise. Lt. Phil Murphy of the Orem Department of Public Safety said there are bags and bag full of heroin piled all over the evidence room table, which has been seized by the Utah County Major Crimes task force.  Murphy said heroin knows no boundaries. Mothers, fathers, business executives, athletes, scholars and even missionaries have all been caught in its grip. He added that heroin can be so powerful one use can hook even the most disciplined among us.  Murphy explained dealers are smuggling heroin any way they can, including inside soles of shoes or car parts. And if smuggling goes undetected by law enforcement, sellers will divvy it up into tiny balloons and distribute the balloons to users for about $15 each.”

Today’s Heroin
Heroin Abuse: What to Watch For
Heroin
Opiates
Heroin
Dying in Vein: Documentary on Heroin
What Exactly is Heroin?
0 replies