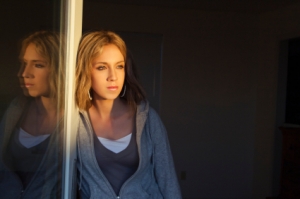 There are three basic causes of depression:

Feeling depressed doesn’t mean you feel sad.  Sometimes this is confusing.  People don’t believe they are depressed because they aren’t sad.  Sometimes people are depressed in other ways.  A good definition of depression is a lack of vitality.  You may have low energy, high anxiety, lack of enjoyment, or lack of fulfillment.  Depression affects one’s entire body.

An interesting fact is that depression doesn’t usually get worse.  Sometimes it gives depressed people comfort to know this.  It’s unlikely that mild depression will turn into severe depression: even though mild depression is very painful.

Abusing drugs or alcohol will definitely lead to depression because they deplete your brain of serotonin and dopamine. Brain scans show that it can take months for a brain’s chemistry to return to normal after drug or alcohol abuse.

Even stimulants such as cocaine cause depression. Cocaine initially stimulates your brain, and temporarily elevates your mood. But over the long run it depletes your brain of serotonin and dopamine and leads to depression.

Parental Drinking and Kids What is Ecstasy?
Scroll to top
Font Resize