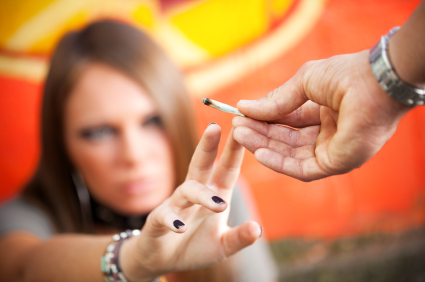 Does family genetics play a role in addictive behaviors and drug problems?

FACT: The single most reliable indicator of risk for future alcohol and drug problems is FAMILY HISTORY (genetics).
“Alcohol dependence and dependence on other drugs frequently co-occur, and strong evidence suggests that both disorders are, at least in part, influenced by genetic factors. In recent years, researchers have identified numerous genes as affecting risk for dependence on alcohol and drugs. These include genes involved in alcohol metabolism as well as in the transmission of nerve cell signals and modulation of nerve cell activity.”
From “The Genetics of Alcohol and Other Drug Dependence,” by Danielle M. Dick, Ph.D., and Arpana Agrawal, Ph.D. (ncadd.org)

Addiction is due 50 percent to genetic predisposition and 50 percent to coping skills. This has been confirmed by numerous studies. Children of addicts are 8 times more likely to develop an addiction. A study by Merikangas, KR, et al. (1998), looked at 231 people who were diagnosed with drug or alcohol addiction, and compared them to 61 people who did not have an addiction. The study showed that if a parent has a drug or alcohol addiction, the child had an 8 times greater chance of developing an addiction.

Genetic disposition for addictions is actually important. When an animal eats a certain food that it likes, there is an advantage to associating pleasure with that food so that the animal will look for that food in the future. In other words, the genetic potential for addiction is hardwired into our brain. But some people are better at knowing when enough is enough. Everyone has eaten too much of their favorite food even though they knew it wasn’t good for them. This same principle applies to drug abuse and problematic behaviors.

Another interesting category of how genetics influence addictive behaviors is that of cross addiction. Addictionsandrecovery.org indicates that you can become addicted to any drug, if you have a genetic history of addiction. If at least one of your family members is addicted to alcohol, you have a greater chance of developing an addiction to any other drug. Cross addiction occurs because all addictions work in the same part of the brain. If your brain is wired so that you’re predisposed to one addiction, then you’re predisposed to all addictions. Learning about cross addiction is especially important for women who are genetically predisposed and may come from alcoholic families, but who often develop addictions that go undetected, like addictions to tranquilizers, pain relievers, or eating disorders.

Research has shown conclusively that a family history of alcoholism or drug addiction is very genetic and not just the result of the family environment. Millions of people are living proof, based on personal firsthand experience: that alcoholism and drug addiction run genetically in families.

It is important to note then that whether a person decides to use alcohol or drugs is a choice, influenced by their environment–peers, family, and availability. But, once a person uses alcohol or drugs, the risk of developing alcoholism or drug dependence is largely influenced by genetics. Alcoholism and drug dependence are not moral issues, are not a matter of choice or a lack of willpower. It’s just that simple: some people’s bodies genetically respond to the effects of alcohol and drugs differently.

However, it’s vital to remember that our genetics are not our destiny. The 50% of addiction that is caused by coping skills is where you can make a difference. Many people come from families with addictions or genetic predisposition to addictions or drug problems, but manage to overcome their family history and live fulfilled lives.

Verify Insurance
Marijuana A Haunt for Healing
Scroll to top